The Year Of Hell, part 1

A time ship that looks like Babylon 5 wipes out races. The baddie is called Annorax as a slam on 'nerd fans'. There is so much padding. Janeway annoys and this bored.

“Show off your person.”

“Already they're coming for me.”

“England will die under him.”

“You know what they do to York boys in the Tower.”

“I wonder what he died of.”

“I don't have clever words.”

The idiot duchess plans and plots in a flurry of panto acting. The future Maggie Pole yells about the ever useless Teddy. She is so stupid. The Yorks are boundlessly deranged. A pretender (Simnel) to the English throne is created by the duchess. Henry VII's mother stirs the pot. The dowager queen keeps on plotting. Elizabeth of York lies. TPTB leave out Simnel being 'crowned' king of England in Ireland. A silly hat is worn by the duchess. The dowager queen ill wishes Arthur and demands Elizabeth Of York support her brother's claim. Cecily dislikes their mother. Pole's injury seems to have vanished by the time of 'The Spanish Princess'. Simnel is captured and made to turn the spit in the Tudor kitchen. This was remarkably absurd and unrelentingly horrible. The duchess creates yet another pretender (Perkin) whom she claims is Richard, Duke of York. Oh ffs woman!

“And the Irish are they with us?”

“Wishing him to die.”

“Fight to save my throne against a peasant boy.”

No moral complexities in this. Henry VII is not no wuss. Perkin Warbeck is claimed to be Richard of York. How would a ten year old flee England and get to Europe? Maggie Pole is as thick as mince. Teddy is thicker. Joanne Whalley plays the idiot duchess. Elizabeth of York still lies. The dowager queen is accused of plotting again, she never stops. Just kill her already! Elizabeth of York has Prince Harry declared Duke of York. The dowager queen oversteps and tries to ruin Prince Harry and is disowned by Elizabeth of York. It is 7 years since 1x01. Maggie Pole is ever moronic. Jasper Tudor is bumped off by the king's mother.This was purgatorial.

Best Line:
"Of what am I accused now?"

"God will take her soon enough without my help."

"You made me a Tudor queen!"

"Scotland is too poor to start a war."

"Another peasant picked from the field." 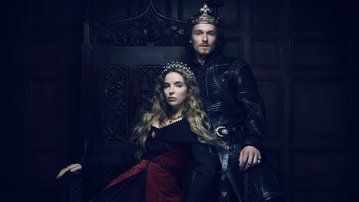 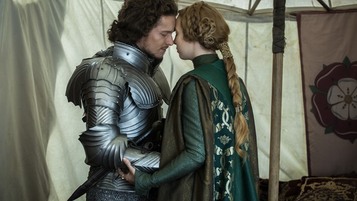 The BBC4 ghost story for christmas by M.R. James tells of a murder trial in 1684. This has an inexplicable modern day framing device. Peter Capaldi features. A rich man murdered a simple poor country girl and thinks he'll get away with it. The rich killer is insidiously suffocating and he is the joke of the neighbourhood. This was not bracingly tragic. This was completely average and bog standard and dreary and monotonous.

“Cause of his misfortune.”

Tags: doctor who, review, star trek, the tudors, the white queen
Subscribe
Comments for this post were disabled by the author