Stupid outfit but this looks good.

My ex contrived to break my heart again. My ex has no desire to effect a reconciliation. I'm disregarded. He reneged on commitments and acted in bad faith.

Watched 'The Movies That Made Us: Ghostbusters' – okay.

I watched 'The Toys That Made Us: My Little Pony' – okay.

“Even the Rubix Cube had a show.”

“The whole of Russia tried to bring the Empress back to her senses...Nothing helped. She went to her grave praising Rasputin and denouncing everybody and everything.”

“Found myself deserted by all relations and friends.”

“Calm systematic, endless persecution of one of your own family...”

“Whose only fault is that being the rightful heir to the late Emperor she stands in the way of her greedy and unscrupulous relatives.”

“Prone to fits of despair and liable to accuse her friends of the blackest deeds.”

“Those who would wish me out of the way,”

“I intend to have them.”

“An accusation of rampant, cold-blooded avarice,”

“Resist other people's plans for her future,”

“Should have known better than to mix herself up with Europeans.”

“Pave the way from Petersburg to Moscow with the skulls of her enemies.”

“Can I go now to Grandmamma? There are good doctors there, too, who could treat my arm...you must get a basket for Kiki so I can take him with me.”

“Lived under constant threat of banishment.”

“Uninterested in the future.”

“Punched by an angry Labour mob.” 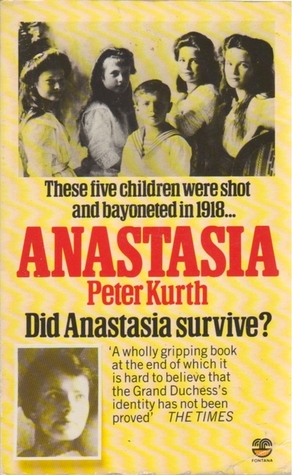