I never ate at Rhodes D7.

“Much in dispute here.”

“Falling backwards down the hill.”

'Murder In The Bush' Quotes:

“Telling tales of evil men who dress in white.”

“They would not listen at all.”

“The rantings of a person who is losing her mind.”

“That he refused to apologise for any of this.”

“The food is unnaturally lurid and laid on scarlet tablecloths.”

“Encouraged to attempt these if their talents lie in that direction.”

“One of those Star Trek episodes in which they find themselves on a planet fashioned from the tropes of 20th century popular culture.”

“Owes no duty to history or to what were then current affairs.”

“Telly was suitable only for dim children and lower orders.”

“Sounds like a man whose trousers are on fire,”

“Terrifies all our country daily...”

“Have them handed down generation after generation.”

“I have a reputation around here.”

“As if Stuart's opinion mattered.”

“A chat show hostess whose sole distinction was to sound less intelligent than any of her guests.” 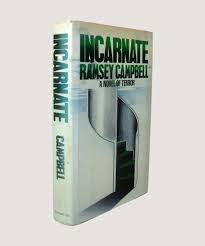