Claire Foy of 'White Heat' and 'Going Postal' starred in this BBC3 failed pilot. There are weird goings on at a hospital. There are no human ethics or logic. The hospital is terrifyingly enclosed. There is no perfect logical sense just bitches. Foy unravels. There is no unresolvable tension or narrative claustrophobia. Foy panders to a violent rapey toxic man. No wonder this was a failed pilot. 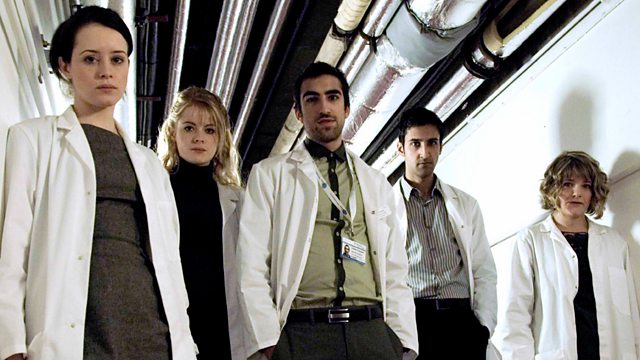 ~
The Dogs Of War

Odo is cured. Bashir and Ezri bore. A replacement for the Defiant shows up. The Cardassain resistance is wiped out. People hide in Mila's basement. She is hinted to be Garak's mother. Odo rants about Section 31 ignoring that his genocidal race started all this. Nog becomes Grand Nagus. There is idiot comedy. 'Braveheart' is ripped off. Martok says they need to attack the Dominion in a final assault. This bored. Kasidy is pregnant.