There is plant-based raw tuna? Smart bacon? And a chicken analogue?

'The Kindness Of Strangers' was not incredibly sad and tragic just rubbish.

“Even darker future ahead.”

Watched 'Vitamin Pills: Miracle Or Myth' – it was worrying.

“No evidence of benefit.”

“They will not accept that.”

“Barely dealing with it now.”

“People need to be told to stay away from me.”

“Path of no return.”

“Trying to look at pretty fish and swim with turtles.”

“Thus excluding themselves from consideration.”

“Critcal part of the social structure.”

“Whether it is even real.”

“Operating on the fringes of society.”

“In no uncertain manner.”

“There followed a noticeable delay in their reply and a palpable change in atmosphere.”

“So many people genuinely didn't know what to say.”

“An unwillingness to believe that someone would do this by choice.”

“Relishes his reputation as a plain-speaking man of the people.”

“Work all day, and then riot all night,”

“Two sets of clothes, one for work and one for rioting.”

“You came behind the Monster Raving Loony Party.”

“Down what road am I being taken?”

'She-Ra And The Princesses Of Power' Quotes:

“I never wanted to be a hero. I won't be remembered as one.”

“Do great things together.”

“There's more of the Horde?”

“Brought through a portal from another world.”

“Uptake in your dedication.”

“Stole you, turned you into a solider for their war.”

“Came from beyond the stars.”

~
On 'Hollyoaks': Ste is an idiot and Mercedes continues cheating. Ste is disgusting and gets someone hurt. Again. He blames them for him beating them. As he always does. Mercedes has sex with Liam in her and Sylver's bed. Nobody brings up Sinead's disgusting bullying of Esther and how she was expelled. Stuart wife's confronts Sinead. Nana is onto Mercedes.

Best Line:
“I will knock you into Wonderland!” 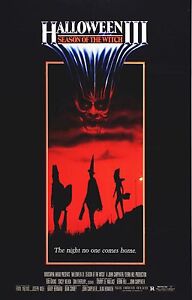