A satire of beauty pagents with ugly 70s fashion and Bruce Dern and Annette O'Toole.

“A veterinarian or a nun.”

“You didn't jump up and down enough.”

My ex lost interest in me and went away. My ex has not a hint of shame or expression of regret for his abandonment. He has vicious disregard for me.

WTF are they doing to Dick Grayson in the comics? WTF is this Ric crap?

'The Great Train Robbery' was crap and painfully bad.

“Who delivers milk these days?”

“Triumph for stupidity over come sense.”

“Will not touch it.”

“Actions don't agree with your ethics.”

“Feared and laothed by the ruling elite.”

“My mind just couldn't comprehend that.”

“Roamed freely around the property.”

“Tracks buckled in the heat.”

“The Draka prided themselves on being a foresighted people; since before her birth they had been building deep shelters, every plantation and school and town in the Domination was ready.”

On 'Neighbours': fat Harlow and vile Roxy have taken over the show. Dee and Andrea are twins? WTF? HOW? The writers have done a renunciation of sense. Fat Terese jiggles. Piss off Roxy! Gary is a violent bogan. Has Terese never heard of slimfast? Paul's attacked, again. Gary did it, like duh.

Bats Of The Round Table

“I had a bigger pole than Robin's.”

Inventing Batman: In The Words Of Adam West

West narrates 1x01 and 1x02 ('Hi Diddle Riddle/Smack In The Middle') from his original script. This was mmm. So if West thinks Batman is a crazy man. What does that make Robin? It's amazing how little West mentions Burt Ward.

“Batman was a crazy guy!”

Various annoying WB 'stars' give talking head 'opinions' on the show. Burt Ward speaks. As do stars of cancelled TV shows and the disgraced 'Arrow' producer.

“I didn't realise it was comedy.”

How did she afford all those gadgets? She looks hagridden. One is sure Robin is serving pleasure to Batman. Robin has vindictive satisfaction in beating up baddies.

Burt Ward's Robin would have beat up Deyell's Robin. There is seriously BAD acting, Burt Ward looks Oscar worthy next to this.

“Plot to seperate us."

There is a fake batsuit and Ward is credited as Burton Gervis. There is chemisty and Ward shows his energy.

“Finds out what you've been doing on these supposed fishing trips.” 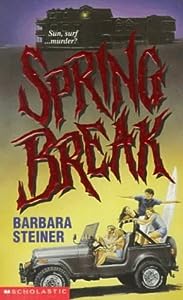 Tags: batman1966, comics, smallville, the purge, thoughts, trailers, veronica mars
Subscribe
Comments for this post were disabled by the author