Dax and Worf fawn over each other, go on a mission and Worf chooses to ruin a mission to save Dax when she is injured. This was okay.

This episode is a horrendously misygonistic reaction to the feminist movement. The idea of women seeking power and equality is mocked. Let's just get it over with. Women's malign behaviour sees Gordon fired in a 'wrong and unjustified' move. This whole ep is an ugly anti-feminist 'joke'.

This show has an air of artifice now. TPTB are weak and feckless. Bruce is an ethical altruist with ethical egoism. Mayor Linseed's wife becomes police chief. No-one wonders why Bruce is untiringly devoted to hiding himself away at home with his underage ward.

In this very very very wrong ep, Nora fires Batman. Nora has her stubborn ambition judged by Batman and his irreproachble respectability. This was not quietly wonderful. Female police officers wear miniskirts and are armed with rolling pins. They are ineffective and useless. This ep is profoundly insignificant. One is stupefied at how sexist this ep is. The trio are tied up in hilariously lewd fashion. Batman emotes and Robin has a pathetically eager and vulnerable desire to please Batman.

This leaves you unenthused and it makes a mockery of womens ambition. The evil women use exploding mice in a plot to destroy the city in an insurance scam. FFS! Robin mouths off to Batman.

“She refused to cook or clean or wash my shirts.”

“Met each other at the docks.”

Penguin's back. Bruce wears a houndstooth jacket. Penguin stages a bio-attack. Batman whips out a batswatter. This was okay.

“A clean city is a healthy city!”

“Stop this loutish violence you teenage truant! It offends my cultured soul!”

Shame is sprung from jail. Bruce and Barbara have fondue. Why is Robin sliding into the batcave when he was in it already? Dina Merrill is in this. Barbara annoys. Shame gets meta-fictional. There seems to be vaseline on the lens whenever a female is on screen. The forced attempts to ship Barbara/Bruce make me wanna puke. Shame breaks out fear gas. Is he Scarecrow now? Batman turns into a dirty coward. This was okay and has a sort of cliffhanger.

“That monstrous maverick of malfeasance.”

“Shame on you Shame!”

This show has cameos from 1960s stars no-one remembers. This is relentlessly medicore.

I'll Be A Mummy's Uncle

TPTB no longer believe deeply in the material. King Tut is back. This was okay if ludicrous. King Tut has yet another idiot moll and yet another idiot plan. Tut figures out the duo's true identities, again. Robin's level of obedience to Batman who has complete power over his life is creepy. There is much talk of a shaft. Tut is foiled.

“Why do you have a purple mask on, lady?”

“In between remanding criminals to jail.”

“Robin and Batman are really Bruce Wayne and Dick Grayson!”

“Not to you Batdope or your 97 pound weakling bird boy!”

“He moves very quickly for an overstuffed and unlikely Egyptian pharaoh.”

“I prefer not to think about those things Robin. They depress me.”

This was a futile ep. Who or what is the green glitter covered thing allied with joker? Nobody can pronounce the word titanium. This was appalling. This is a season few will care to remember. Why is nobody in bed at midnight? This was sorely bereft of quality. This was not consequential. People are remarkably incurious that Joker built a flying saucer OVERNIGHT, out of SCRAPS! Jeff Burton plays one of Joker's sidekicks. 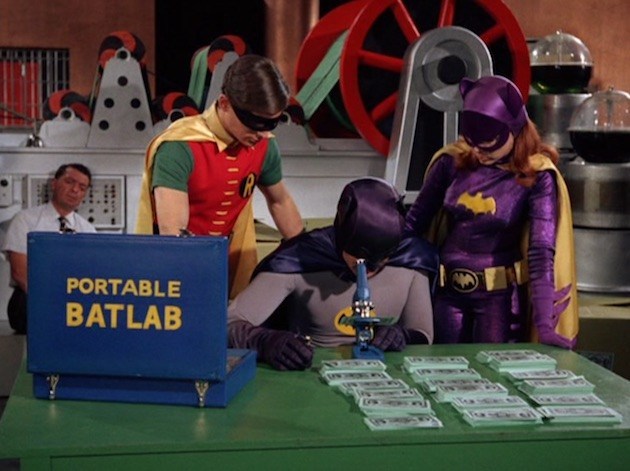 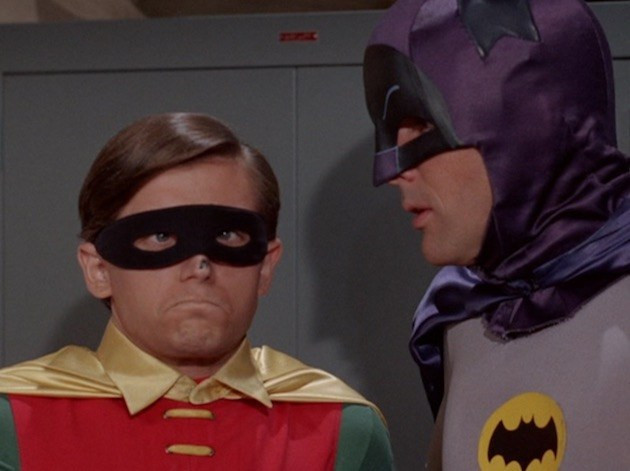 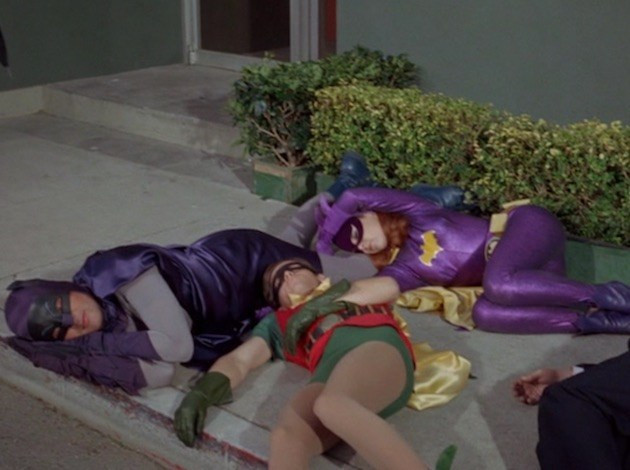 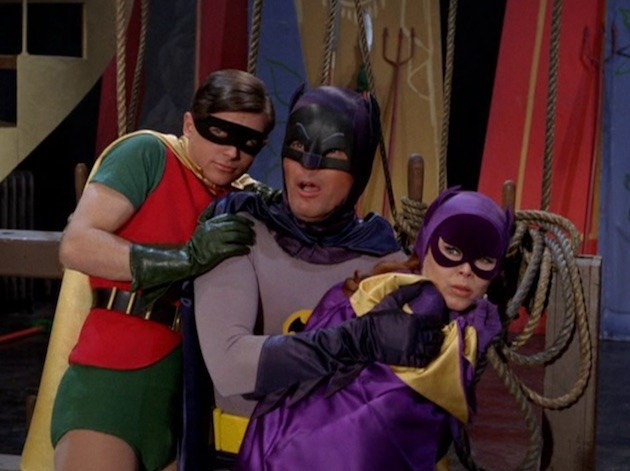 The acting is so bad. Riddler and Penguin have boring drama. Someone needs to kill Riddler. This was CRAP. Bane is defeated by bats. We still have no idea why Bruce becomes Batman or uses bats as his motif. Barbara suddenly cares about her baby.