The sour and sinister and terrifyingly violent Lord Drakkon imperils reality and unleashes calamity and has an unlovely reputation. Various ranger teams join forces to take down Drakkon. As for Drakkon he wants his Ranger Slayer aka his Kimberley by his side. WTF are Dragon cannons? The other rangers show up in a dramatic scene to help. Rita is to help Zordon and co. Why is snotty Jason the leader and making sappy speeches?

Kimberley is given Tommy's dagger. Drakkon is globe-conquering. Rita has the green candle. People attack each other incoherently. Drakkon kills people. He engages in tumultous behaviour and has a casual realtionship with the truth and has an often callous disregard of others. Drakkon wins and creates his ideal world where he is worshipped. There is a hint of the tigerzord and falconzord. Tommy's back from the dead somehow. This has no great dramatic flair.

The art is unbelievably irritating. There is no propulsive narrative energy or likeable madness. This is mega-whimsy. Is Drakkon's defeat an unspoken irrevocability? Drakkon flouts conventional standards of conduct. The world where he is worshipped is really what ruthless sociopath Drakkon wants? Drakkon's terrible self-deceptions are his downfall. There is not much moral retribution.

This story arc had expectations impossible to meet. There is no actual constant danger. Drakkon wants complete subjagation and an attiude of submission, which is his life's entire purpose. So he wilfully and maliciously killed and destoryed for his absurdity and ludicrousness? It all comes to an inevitable culmination as Drakkon's ominious shadow is removed.

Drakkon is not utterly terrifying. The arc is shamefully mishandled. Drakkon wanted a state of complete compliance? That's all? Really? After he murdered Tommy, 'Zeo' Tommy and ''Dino Thunder' Tommy? Drakkon isn't open to challenge or change. This isn't a sorrowful turning point. Tommy beats up Drakkon but still tries to save him. But Drakkon rejects redemption.

Kimberley and Tommy kiss. Reality is reset. Could Drakkon be reset? Could all this happen again? Did all the people Drakkon kill come back? What will the new reality be like? This was okay. Drakkon and his dark fury had freedom from the normal rules of civilised life. Drakkon was lacking in the charm department and was fiercely resisted and he caused a constant stream of chaos – all because he was the only evil Tommy Oliver in the multiverse. This was not a cataclysmic event. There is a preview of 'Beyond The Grid' – I'm not impressed.

“And what he did to your sixth ranger.”

“I know what it feels like to be alone...and to be faced with what you could have had.” 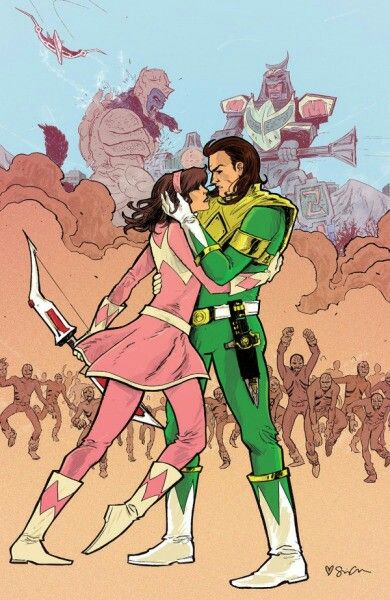