‘Warrior’ promo
No.
‘Veronica Mars’ season 4 trailer
Veronica Mars whines. Logan’s still in the military. There are bombs and guns. Sigh.
Mayonnaise with sunflower oil - okay.
Cloudy lemon flavoured sparkling water - okay.
Free from gluten, wheat & milk choc buttons - too sweet.
I’ll review ‘The Best Horror Of The Year Volume Eleven’, ‘Wastelands 3’, ‘The Captain’s Oath’, ‘Convenient Suspect’, ‘The Plague Stones’, ‘The Devouring Gray’, ‘The Reaping’ and ‘Mighty Morphin Power Rangers Volume 8’.
Why did my ex just walk away like it was nothing? How could he?!? He callously abandoned me. I’ve been incredibly patient but no apology.
What’s tomato jelly? What is boozy whipped cream? What is koji rice? Or cured yolk?
I loved Heston’s Blumenthal’s Meat Fruit.
I’d try apples poached in cider, fermented butter in bee pollen, walnuts and local cheese, vinegared plum skin, roast beef sliced thinly and dressed with olive oil and lemon and I’d try dried plums. I’d also try egg yolk filled with Jerusalem artichoke puree. And smoked chocolate. I’d try perry pears.
I’d try doughnuts with lemon curd and chocolate. I’d try duck foie gras ‘royale’ with lime and rhum pulp and candied loquat. I’d try Escabeche of courgette flower, Savora and frosted olive oil. I’d try goat’s cheese parfait, almond moss and spicy tipsy cherry. I’d also try the Junk Chalice from STK London.
I’d try Roquefort, pear, endive and walnut salad. I’d try beef fillet with foie gras and truffle. I’d try pistachio soufflé with pistachio ice cream. I’d try black truffle pizza and chocolate lollipops. I’d try steamed yogurt and poached plums, strawberry sauce and shaved almonds. I’d try diced pickled cucumber.
There are orange and green wines?
I like wedge salad.
I want an Artel Golden Age of yachting collection tumbler in lead free crystal.
What are cooking tweezers?
‘BBC News’ Quotes:
“Sandwiches in question.”
“Had come to harm.”
“Left to become a gang master.”
“Who nobody was looking out for.”
“Frustrated spy.”
“Forgotten for almost 20 years.”
“Utterly disgusting.”
“No-one coming to help her.”
“Built environment.”
‘Designated Survivor’ Quote:
“Hard-charging.”
‘Star Trek’ Quote:
“Uncounted years ago.”
‘Unbreakable Kimmy Schmidt’ Quotes:
“Black Jesus from the Madonna Like A Prayer video.”
“I did it! Just like OJ Simpson!”
“Would have been a civil war hero if the right side had won.”
“He let them live.”
“A place where dreams go to die.”
“How is that still a thing?”
“You think I like these people?”
“Entitled to that emotion.”
“Open a beer with a lighter.”
“No one looks at you weird.”
“Why is one of your shoes a cut open beach ball?”
“What I’ve been shouting at bus drivers for all these years is true!”
“Italian ceilings.”
“TV is computers now.”
“Die alone in a flea market.”
“They’re executing my best man in 3 days! And they’ve run out of the drugs! So they’re just going to throw him off the roof!”
“2 rats fighting over a hardboiled egg in your mouth!”
“Fun stuff I can’t do now.”
“Fighting to keep this neighbourhood terrible.”
“Good with children and bees.”
“Prison rules baby.”
“Did you say vote or smoke meth?”
“Thought experiment.”
“Carriage horse stew for all!”
‘The Irish Times’ Quotes:
“Not one member of the passing public ever came forward to say they had noticed his actions as he rid himself of the contents of a large and noticeably purple plastic bag, 13 times over, in daylight.”
“Not a brand made or stocked in any hotels in Ireland.”
“Last chance at glory.”
“Many former admirers have become fed-up with what they see as the endless narcissism of a spoilt brat who refuses to grow up, and with his grasping family.”
“Lacked a certain amount of support.”
“Little excrement machine.”
“Dismay breaks out in the media-”
“Bastard bird.”
“See the deadly uses of even the most innocent objects,”
“What could be so wrong with me that no one has ever liked me?”
“They rarely read books.”
“Driving himself mad and he is driving us mad.”
“Cultural choices are loaded with meaning.”
“Short-story collections - grotty binbags stuffed with the aborted novels of writers too lazy to bring their progeny to full term.”
“Breathing canned air, peering through darkened visors, they can move around. But they sense nothing directly.”
“The indiscriminate fickleness of your apparent supporters.”
‘The Simpsons’ Quote:
“Circuit City over-run by wild dogs!”
‘FTWeekend’ Quotes:
“Hillary Clinton might be in the White House if she hadn’t taken perfectly legal speaking fees from big banks;”
“Forgotten products,”
“Any actor who can look shifty in a raincoat.”
“Startle Cock.”
“Jumbled in, unnoticed.”
“People who order meat in restaurants could be asked to eat outside, like smokers.”
“Ecological leftovers.”
“Knowing better than you what’s good.”
“Has done little since Apollo to seriously advance manned space flight.”
“Remains the preferred, and only proven, technique for any return landing.”
“Twelve men in total have walked on the moon, all with Apollo. Today, only four survive.”
Once you have gone, nothing necessarily detains you there or imposes any obligation to return.”
“Live unremarkable middle-class lives.”
“Lives, suspiciously alone,”
“Almost waiting to be accepted into the club.”
“Death-knell for hippiedom.”
“Troubling details the family refuses to acknowledge.”
‘Sky News’ Quote:
“Still attracts media attention.”
~
On ‘Hollyoaks’: a DNA test proves Jonny’s lying about being Ste’s brother. The day of reckoning comes but then doesn’t. Ste lets his mates lie and insult Leela, Peri and Yas. Ste’s stupidity is frustratingly familiar. Laurie gets Sally sacked. Ste still does not seek pardon. Ste is a negative effect. Ste still chooses his racist mates with absurdity. Tension does not mount in this non-coherent ep.
Best Lines:
“The witches of Eastwick!”
“Even thicker than you look!” 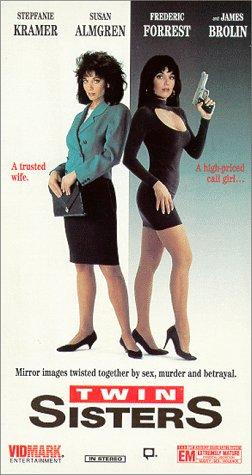 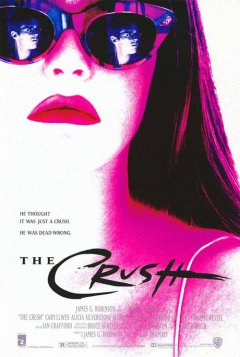