There are serious issues with this miniseries. Get ready to experience the dark side of the moon. This ineptitude has bad ADR. David James Elliot, Natasha Henstridge, James Cromwell, Steven Culp, Colin Cunningham, Samantha Ferris and Ty Olsson star. I feel special derison for this 90s looking mess. A near Earth object hits the moon. Elliot has bad hair.

There are deeply unchallenging ramifications. Tides and compasses are affected. Elliot mentions he worked with anti-gravity – I'm sure that'll be important later. Birds are messed up and gravity is awry. Phones are messed up. The moon moves due to a bit of brown dwarf star stuck in it. Or something. This was bad.

“Debris from the moon.”

“You can't hide from gravity.”

Daniel spews SJW crap. Viktor skypes. Rosie supports Rook. As for Rook, she has her moment. There are drug shortages, France goes fascist, the transhumanist gets a friend and Daniel is even more selfish and sex obsessed and stupid. Viktor is lazy and selfish and he's in trouble. There are electric car chargers on the street. The fat balding dad is now a bicycle courier. There is clean meat which is artifical.

There is more SJW stuff. Rosie loses her job. Saltless salt is now a thing. The transhumanist and her equally crazy friend plot to become wavelenghts - it goes badly for one of them. People cheer Daniel and Viktor and act as though Daniel's husband never existed. The fat balding dad has an affair. The grandmother's long estranged ex-husband dies.

The ex ran off with another woman and had another family. Rook has her own channel where she builds a base and dances with a member of Steps. People vote for her. There are self driving cars and you need a passport to enter Scotland. The ex gave his new son the same name as the fat balding one. The ex left his kids nothing and the ex's whore and the whore dropped bastard new son are awful. This was okay.

“You know Woody gets burnt to death?”

“He can print his thoughts.”

~
The Quest For Peace

Red Daughter turns out to be irrelevant. Kara commited an absolute betryal of Lena and is completely unaccountable. Lex is finally back. This was boring. Kara's dumb. Poor Ben loses it all. This was dull and lazy. Lena learns she's been lied to by all her 'friends' and 'boyfriend'. Kara and co still lie to Lena. Lockwood's son is an arse. New baddies show up. This was bog obvious and ridiculously melodramatic.

Stan has congenital incompetence and he's suspicious. Pastor Tim shows up. He lies to Stan. There are flashbacks to young Elizabeth. Oleg is arrested due to Stan's spiteful gestures. Stan's spite ruins everything.Claudia stares. She and Oleg face terrible fates. Stan is incapable of rendeirng assistance. Philip and Elizabeth compound their difficulties and can't seriously consider the consequences of their actions. Elizabeth loves furiously complaining. This was pretty awful and totally absurd. Malignant forces are at work. Stan has awful clarity about his BFF. Stan is just terrible. Paige learns about the intern. Philip is in peril.

“We took it back from our enemies before. We'll do it again.”

“DOES DAD KNOW HE MARRIED A WHORE?!?”

~
Nor the Battle To The Strong

Jake and Bashir are trapped on a planet under attack from Klingons. This was dull. Jake yells and emotes, badly, a lot.

~
The Wail Of The Siren

Siren mind controls Gordon and Robin stands with his legs wide apart. Siren (Joan Collins) looks like she's wrapped in tinfoil. Gordon is ordered by Siren to find the location of the batcave and deduce Batman and Robin's true identities. Which he does but he and she never know. Batgirl and Robin team up to fight Siren.

Robin is fervently loyal to Batman. There is sexism and Siren wants to be wicked and steal Bruce's fortune. Barbara has an answering machine.The Batgirl theme song debuts. It is AWFUL. Batman and Robin deliver their lines with absolute conviction. Gordon was hiding in the batmoible boot and emerges in the batcave and makes some deductions while sweating and grinning like a creeper. Luckily he forgets. Robin plants an incredibly obvious bug. Overly tanned men gurn. Bruce has an obvious safe.

Robin hides in a closet. No comment. Robin saves 'daddy'. Robin punches Bruce in the face and then threatens to drop Siren off a roof unless she fixes Bruce. This was good.

“This is millionarie Bruce Wayne.”

“Batman is Bruce Wayne and Dick Grayson is Robin,” 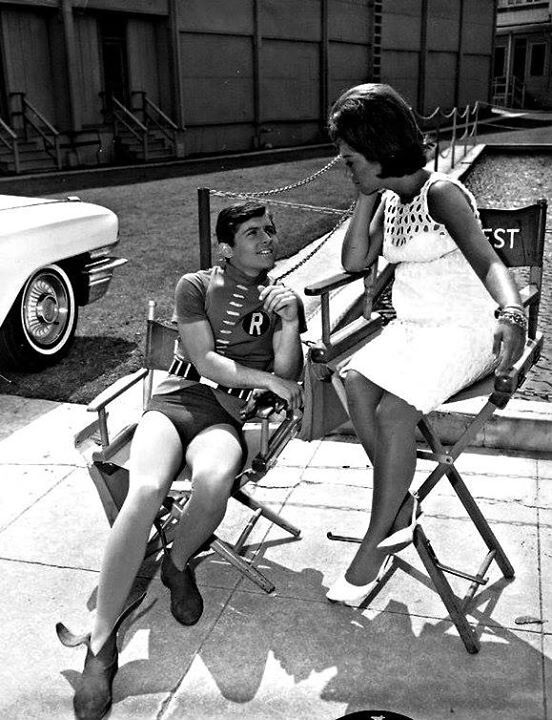 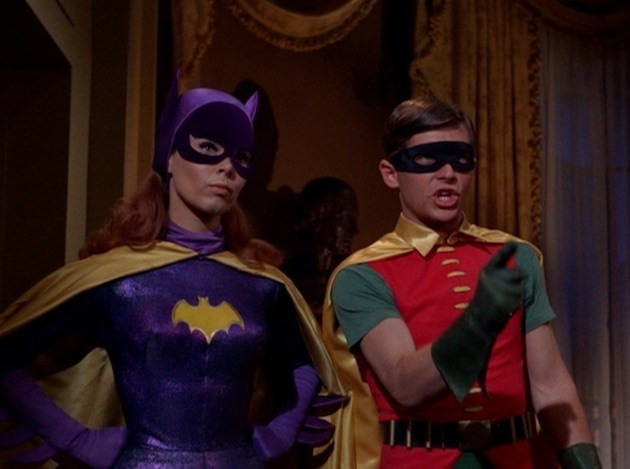 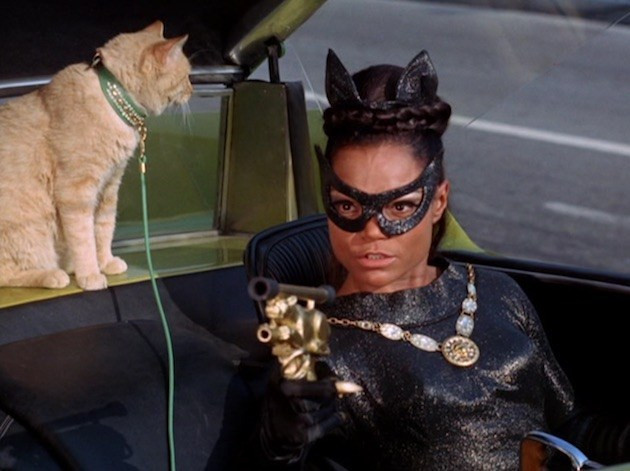 I've no idea what is going on. Parker is less demony. Characters mangle Irish. Parker faints. The sister's mother was a murderous lying slut. Some identical blonde bints have drama. So? Parker's demon daddy wants him back. Is Parker's brother still in hell? I'm confused.

You Have Saved This City

Oliver and co continue being aggressive, violent and unsorry. Oliver looks bored. Mia needs killing. Felicity fakes caring about William. Die Felicity. Dinah and Oliver attack people. Dinah bitches. Black Siren is useless. Curtis lurks. Will this show end?!? The Circle turn on Emiko. This was utterly utterly farcical. Emiko dies. The show is retooled. Felicity ditches Mia and William, AGAIN. Oliver willingly ditches his kids again. Oliver fawns over newborn Mia and then recalls William exists. Lord I HATE him. Felicity is selfish. Oliver will die in 'Crisis' - about time. We see Oliver's gravestone.  This was the Felicity show, who was she blowing behind the scenes?

Best Line:
"There is no return."

Tags: arrow, batman1966, review, star trek, supergirl, the americans
Subscribe
Comments for this post were disabled by the author