David Duchovny, Claire Holt, Brian F. O'Byrne and Jason Ralph starred in this axed tv show that centres on the 60s and Manson. It's 1967 and meance lurks in the shadows of LA. A teen girl sneaks out of her house in her nightdress. Everything is fraught with the gravest consequences. The evil nature of men comes clear when the teen girl ill-advisedly meets Manson and his gang.

She somehow finds him not the least bit creepy. There is no emotional urgency. Manson's only way of getting himself in the limelight was to groom teen girls to murder people. Manson utters wry prophecies of what is to come. Duchovny works out shirtless and plays a cop. We've no idea of the turmoil inside the 16 year old runaway that would make her buy Manson's crap.

The 16 year old's dad is just awful. Talk about the past being alive in the present – what is the hold Manson has over pop culture? Duchovny beats up a guy in a public toilet. He's mocked by hippies and the Manson family are very clean for dirty drugged up street people. There's a 10pm curfew for teens. Jason Ralph of 'The Magicians' has a beard and is a drug dealer.

“Stomp stuff out of you they can't put back.”

“Born to know your name.”

“Keep your hand off me or you're going to find out.”

“Someday he's going to be more famous than the Beatles.”

“Let go. Of everything.”

The Hunter Gets Captured By The Game

Duchovny is infuriato. Manson is uncivil, unclean, rude and masterless. The missing girl's dad is sour, shallow, immortal, venal and corrupt. Mike the drug dealer does weed and is infuriating. Racists run aorund. There is infinite grief and threatened ruin and ill-omened goings on. There's suppressed fury and people show no pleasure at the cop's investigation.

Manson is disreputable. Things are far fetched and illogical. Manson is violent. There are malcontents. Manson is devious and self-serving. There are grave concerns. The NOI lurk. This ep causes sheer impatience. We're meant to be spellbound by the criminal spectacle. There are dark moments and moralistic views and brutal practices.

There are intensely difficult personal circumstances. Mike is meanced. Manson is morally indefensible. There is no civic responsibility. There are consequential lies, defiance and the runaway girl is not increasingly terrified at her plight. Manson strums his guitar and sings and is furious and is told to make a demo. The father is soundly frightened of Manson.

As for Manson, he seeks his own security above all esle. The runway invents dumpster diving. The runaway is vacuous. Duchovny has a tragic wasted life. This was hopeless. This was sordid and the undercover guy is petulant and luckless. The inevitable consequence of all possible ruin is coming. Duchovny has unshakeable conviction in himself. The undercover cop abhors Duchovny.

The undercover guy reveals his family to Duchovny. The runaway is renamed Cherry Pop from Emma. Duchovny's son shows up. Duchovny's wife is a drunk. Manson is pestiferous. Manson is perverted. This was execrable. There are doomed expressions and there is no remedy or relief from Manson. This was frivolity. There are ill graces and this ep strongly displeased me. Manson vents his wrath on anyone who who sees as going against him.

“Do what needs to be done.”

“Didn't have a Christian bone in her body.”

“Nixon. Regan. I dig those dudes!”

The gang babble like morons. Various lame female baddies team up. Ralph annoys. Cisco and new Wells mock Nora. Barry's given up on Nora. The bad girls share tales of their useless parents. Joe keeps sticking himself into situations where he is not needed. Barry is utterly useless. There is bad acting and stupidity and this bores. Ragdoll a creepy meta creeps. Why doesn't Nora live in her own time? Will Barry shut up? This show is crap now.

“Dumped me in the middle of the street!”

The Joker's back to be chronically inept and cause a furore. The Joker has ill intentions. The baddies plans never have a logical endpoint. Joker will soon feel the weight of Batman's displeasure. Joker is not a vindictive enemy, he's just boring. Batman and Robin have implacable obstinacy to crime. Funny money is being handed out.

Joker hangs out at Penthouse Publishers. No comment. Joker's clown makeup is badly applied. Things worsen rapidly as Joker has audacity. Joker has a new moll. Joker drives around in a truly tacky car. Batman tricks Joker with something that looks like it was made on 'Blue Peter' in 1987. Joker's hair changes colour between scenes again. Bruce wears very high waisted trousers. Joker wants Bruce Wayne to murder Robin.

“It's the junior half of the Dynamic Duo!”

Burt Ward got his foot stuck in some ropes. The mission to bust Joker went awry. Alfred wears the batsuit. Joker now runs a bank. Is Dick Grayson's hair darker? Dick Grayson is disgusted by Bruce kissing a girl. Joker blackmails Bruce. Gordon wants Bruce Wayne in a strait-jacket. Bruce is hauled off to Happy Acres. Dick dresses like a bank manager. No one ever questions the time Bruce and Dick spend together in the mansion.

“It's sometimes difficult to think clearly when you're strapped to a printing press.”

Catwoman gets parole and decides to go to college. Dick always has clenched fists. He's so confident. Did anyone ever wear a beanie? Catwoman predicts Nightwing. Batman is framed. The duo are tied up in a giant coffee cup. This was excellent.

“Perverted sense of the dramatic!”

“Strange goings on have been going on.”

Catwoman flirts with Batman. She nearly has him until she mentions killing Robin. Jacques Bergerac guest stars. This was excellent.

“They way we get into these scrapes and get out of them.”

“It will not go well for you.”

“He is a bit of a bore with his holy this and holy that.”

“I'm too young for that sort of thing!”

“Out of the mouths of Boy Wonders oft times come gems.”

A Piece Of The Action

There is a hotel with some sort of live floorshow strip act. A dog has its own seat at a table. Britt is cute and has green eyes. The heroes are in peril. This was excellent. 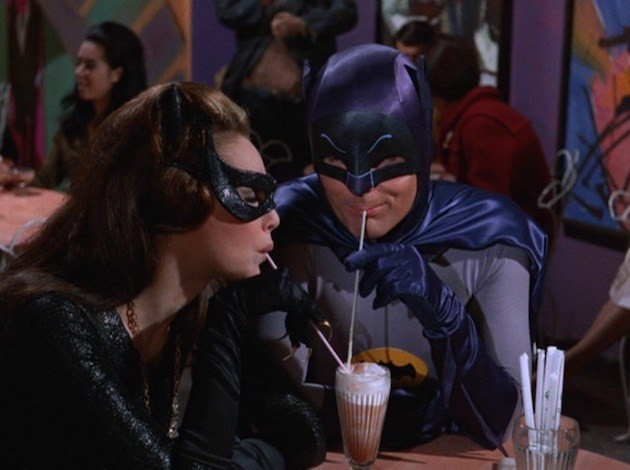 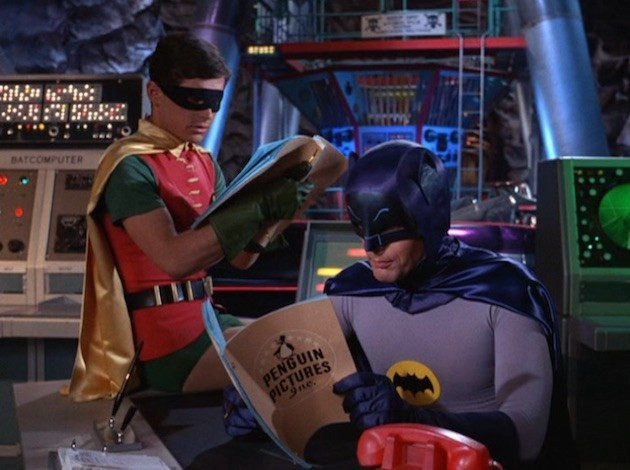 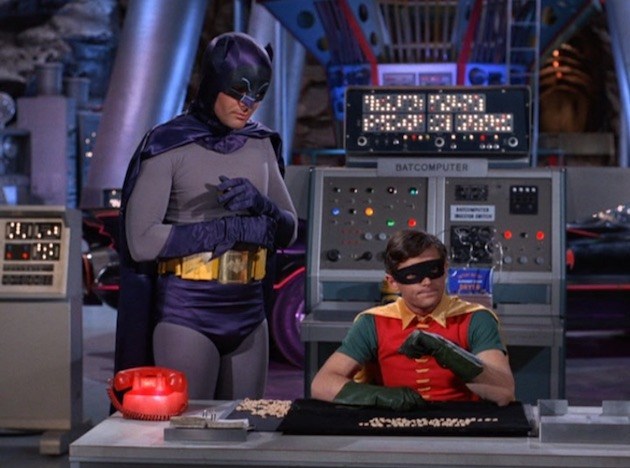 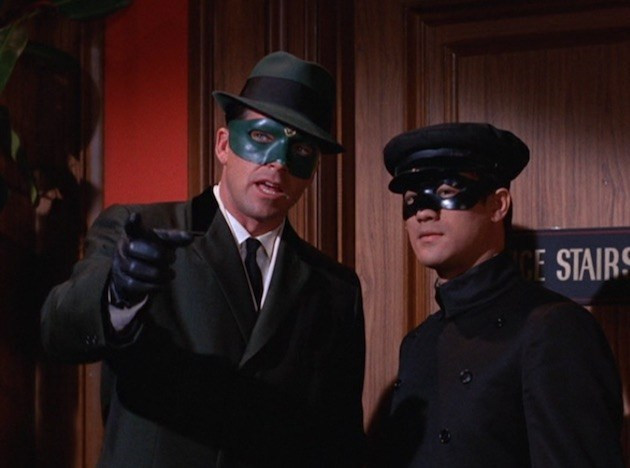 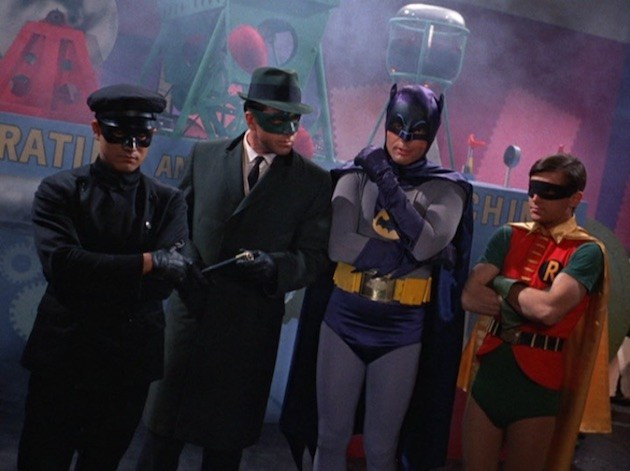 There are no soulful cries of anguish and loss. Kevin is challenging and unfriendly. There are bitter memories. There is no social conscience just frivolity. There are no compelling moments. Who is behind the malfearance? There are self-spun narrative. The documentary makers don't triumphantly overcome the odds. There are tumultuous events and demonstrably false stories. There are increasingly unsupportable stories. This was tiresome.

“Everyone turning against me.”

“Everyone wants to see you cry.”

“Everyone decided to hate me.”

“Who is this person that I thought I was in love with?”

There is identity theft and a Broke2Fixed kiosk. The big bad has been identified. There is no dispute resolution. An impactful dump of info, private info, is unleashed. This lacks creative vision. Marcus is sorry. Integrity should not be negotiable. There are unwise choices. This was hoary and Kevin was guilty all along.

There are warring priorities and mistreatment. The school has lost its corrupt soul. This is a traumatic era for snowflakes. This does not resoante. A boy took gratuitous pleasure in crude half arsed revenge. This was objectionable, medicore and ill-advised. Serious misdeeds are shrugged off. There is philosophical derangement by the baddie. This had no raw determination.

“Nobody's real with you.”

“Void of any turds.”

“I can't believe what he was capable of.”

“How asexual the sitaution is.”

“I got expelled today and no-one seems to care.”

Debrah Farentino, Michelle Johnson, Vincent Ventresca, Dwight Schutz, Beverly D'Angelp and Edward James Olmos of 'Battlestar Galactica' star in this bio-pic about the infamous murders. This was an overlit tale of bad parenting. Lyle is played by Damian Chapa. Jose (Olmos) turns his cruel gaze on his sons who have detestation for him. This was all padding. The brothers steal and cheat and whine. There is a dodgy shrink and no emotional insight. The murders happen.

“Unfortunately you're my son.”

“Intense loathing for his father.”

“You both disgust me.”

The stupid bimbos come up against a literal manic pixie dreamgirl. Parker is in peril. The bimbos are relentless accusatory walking diseases. I could care less.

Do The Right Thing

Was Ashely Judd's character in a cult? An old white man throws a tantrum. This bores. Hector's in peril and Daniel bores. People start questioning their characters. Judd doesn't wear a blouse and got her boyfriend killed in a car wreck.

People rage. There is a satellite survelliance facility in the outback. This was intriguing. There is no raw emotion but I am interested. There is endless technobabble and an attack. The spybase is in a sacred valley. There is oz/USA tension and a strained and fractious atmosphere. People act in a demeaning manner. A date needs a security check which seems to scare him off. The Chinese make inroads. There is talk of a mine and a mystery meeting and things are doom laden.