What are Cocteau Twins?

To my ex: I don't miss you, I miss the space in my life that you took up. There was a massive fault with the electicity supply. Only one neighbour helped, the other couldn't be bothered to notice. It's okay now but where were you? Not here to help. You are NOT the soulmate brought to me by destiny that I thought.

I seem to have missed issue 4 of the Boom 'Buffy The Vampire Slayer' comic.

Wardrope managemnt is a thing?

California's San Joaquin Valley is one of the poorest parts of the state?

I tried on nude high heels – no.

I want a leather wrap skirt and a smooth top handle shoulde bag.

“Jeffrey Deam Morgan is complict in scamming you?”

“Trust this person over you.”

“Had his head melted.”

“All charges will be contested.”

“Source of his upset.”

“Smell it, touch it, listen to it, look at it but without any pressure to taste it.”

“A film of a significant figure's funeral.”

“Who disappears for days on end much to the delight of everyone on the farm.”

“A relationship as long and outwardly peaceful as mine.”

“A class system that she's invented in her own head.”

“Build my life around,”

“For what I believed to be my future.”

“Does this feel right to you?”

“Has not always had the purest reputation.”

“Cease issuing claims that have no basis in fact.”

“Shaking an angry fist at the herring gulls circling overhead.”

“Bullies created by the devil himself.”

“Cause the most issues on domestic properties.”

“Fish isn't held in the same exalted state in Ireland as it should be,”

“Made such choices extremely difficult to make.”

“Set in train a process that cannot simply be reversed when he leaves the stage.”

“Had to be escorted from the building by security staff and police.”

“In order to be worthy of the camera.”

“Present, but not invited to be part of the conversation.”

“Be fancied, fit in, marry and have kids.”

“Failed to make the boy I liked fancy me back.”

“Faking sincerity and charm, and the talent to instil belief into millions of people that he actually was what he claimed."

“Creative life went by the wayside.”

“Not one drop of Poland Spring water actually qualifies as spring water.”

“Constantly promoting themselves and their lives and opinions.”

“Hate almost everything about him.”

“Resent every scintilla of their success.”

“Media onslaught agaisnt him has been relentless.”

“Flaws deny him the acclaim he so yearns for.”

“Never wanted to live with the ramifications of their own ideology.”

“Constant, if reluctant, tendency toward squalor.”

“The basement had 5ft of water in it.”

“Given the level of incompetence displayed.”

“Isolation while being surrounded by the possibilities of contact.”

“The servitude in which he didn't even know he was being held.”

“Believe they are an ordained spokesperson.”

“That still defines his reputation.”

“Nobody would then have guessed how low his reputation would sink.”

“Ruined people whose greatness lay behind us.”

“Revelling in his dread reputation.”

“Dwells a longing for continuity, tradition.”

“Hastings shot dead one of the OCG. Right. A dozen AFOs had weapons on him. You seriously telling me they couldn't have brought him in for questioning? And Hastings? He doesn't get reprimanded. The Chief gives him a pat on the back! What the hell's going on there?!?”

“Doing more right than anyone!”

~
On 'Hollyoaks': Mercedes and Grace have bar wars. Maxine fakes having CJD. Scott is a drag queen now. Lily acts like a screeching screaming attention seeking twit. Romeo smugs and Breda obviously plants poison on Romeo. Lily is socially clueless and exacerbates tensions. Lily had time to get the glass hair look in-between being cray cray and getting sectioned. Breda is only sporadically successfuly menacing. This was completely unsatisfactory.

“As classy as a quickie behind the chippie!”

“Cheating on you with village psycho!” 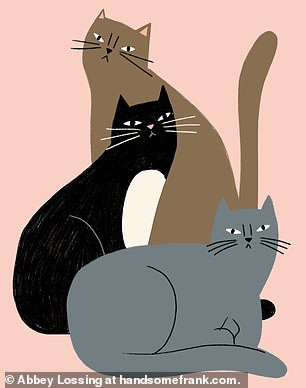 Tags: buffy the vampire slayer, game of thrones, star trek, the walking dead, thoughts, trailers
Subscribe
Comments for this post were disabled by the author