Nobody listens to the profiler Fitz. Nobody reads the manifesto bar Fitz. There is mumbling and disgruntlement and discontent. The unabomber and his lawyer are seen in 1997. The FBI don't seem trustworthy, respectful, compassionate, steady team players. They don't want a trial in 1997. Fitz is not an amiable duffer.

There is talk of craven capitulation to tech. There is animosity and no solidarity or truth. Janet Reno's voice is heard. There is sorrow and sadness. Fitz gets a team of 2. This is not suprisingly touching or sharply intelligent. The unabomber has so little shame and has formed certain views. This was okay if frustrating.

“I'm begging you to reconsider this.”

“Why is everybody so terrified of me?”

So it ends, finally. There is tired predictability but no unbearable intensity. There is violence and betrayal. A man with dementia batters a spy. A man hears a woman screaming for help and does nothing. Someone goes down the stairs. There is pill necking, nudity, belligerence, moral challenges, torment and despair. Feef is effectively abandoned. This has inherent absurdities and can't spin familiarity.

Cardassian scientists show up to build a communications relay. This was good if overlit. A Bajoran vedek believes that the mission will cause a propehcy of doom to come true. The propehcy does come true but in unexpected ways. A rogue comet on an unalterable course changes the pall of doom and Tracy Scoggins of 'Babylon 5', Wendy Robie of 'Twin Peaks' and Erick Avari guest star.

“Three vipers will return to their nest in the sky. When the vipers try to peer through the temple gates, a sword of stars will appear in the heavens. The temple will burn and its gates shall be cast open.”

I don't care about Felicity and her drama. Katie Cassidy is now billed as Katie Cassidy Rodgers. Oliver makes zero effort to see his son. Oliver makes everything all about him. The renamed Suicide Squad train. A new big bad named Dante is mumbled about.

In the future, William mets his bitchy half-sister Mia. Diggle adopted Connor Hawke. Where is JJ? Oh shut up Felicity, you and Mia need to go away. Felicity plans to murder Diaz and mocks Black Siren. Felicity's idea of family does not include her stepson. Lord I HATE her. Oliver bothers his half-sister. Where is Slade? Why isn't he bothered that Joe is locked up by ARGUS? Where is Grant Wilson? Where are the Longbow Hunters? Mia can't act and is a useless bint like her mother.

Future William is sad about being abandoned by his wretched father. I can't stand Mia. Big bad Dante is played by Adrian Paul; how is that movie career working out Adrian? Felicity makes it all about her. Dante waves knives at Oliver, oh scary. Dante is in league with Oliver's half sister. Diaz is FINALLY killed off. This was blah.

~
London Bridge Is Falling Down

Victoria's kids mutter. The peasants revolt. Alfred is pathological in his morality. Tom Hughes of 'Trinity' broods as Alfred. What has happened in France? Lawrence Fox yells. There is exposition, bad acting and very clean peasants. Peter Bowles guest stars, he looks like a bog body. He's playing Wellington. Victoria sets troops on her own people, she might as well be Macron. 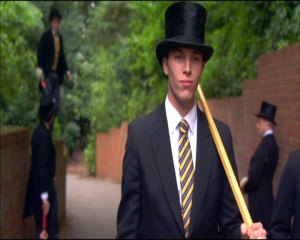 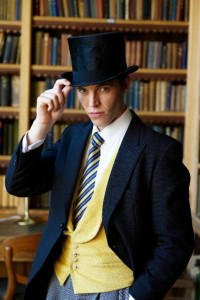 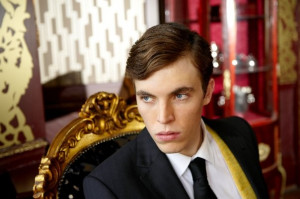 Albert ROARS. A poor horse is ignored. A child eats out of the gutter. Insurrectionists seek a social solution. Victoria has a half-sister. Victoria utters needless provocation and continues her misgoverance. Dumb bints bore. People are morally enraged and there is precariousness. Alfred does coercive control of his wife. Victoria acts incautiously. There is an annihilation of all current certainties and rising distaste for the Queen. Victoria lives an odious life. London looks very clean.

Alfred is self-interested, admid mounting hostility. Things have spiralled beyond all reasonable attempts at persuasion. People are self-absorbed and sour and have callous indifference. There is a very small march. This was dreadful and there are no moral conundrums. People made false claims damaging to the poors. This has bad VFX.

“Have the support of respectable people.”

A prancing idiot shows up to challenge the bastions of probity. There is bad acting and the morally reprehensible lute strumming twit is a transgressor. When and why did Robin decide that Batman had a glorious cause with which to ally himself? Aunt Harriet is stupid. The prancer is not a profound challenge. This ep has no credibility.

Robin grins like he's been doing weed. The duo have a roadflare waved at them. Batman has a batdrone. He also has a stain on his batsuit. The duo end up in a deathtrap, off screen. A personality free moll lurks.

The baddie says Batman and Robin are vibrating together. No comment, none whatsoever. Chief O'Hara points out the bizarre fact that Gordon trusts two masked figures who fight crime in tights. Gordon doesn't listen. Robin shows no ill-effects from being punched in the face and nearly turned into BBQ. The Batman/Robin teamup seems exploitative in nature. Alfred looks like an overdone turkey. Robin makes eager faces and stands with his legs wide apart and makes wild hand gestures. Van Johnson plays the prancing baddie. This ep was ill-remembered and relentlessly repetitve. This show was a cultural fascination of my formative years.

“Whence did they come? Whither do they go?”

“I'll clobber you and Robin!”

People are not watchful, wary or prepared for the unpredictable. Alec fawns over the creeping grooming Bane. Jonathan is allied with a fae. Clary wails about a demonic tether. This show created unmet and unrealistic expectations. Alec is incapable of being non-confrontational with people yet submits to Bane. This does not meaningfully impact you.

Simon whines. Luke's locked up and then he isn't. A warlock is smarmy. Alec and Bane are pathetic. There are no reflective points. Jonathan tries to be a socially confident charmer who gets away with murder but fails. Maia's left? Oh who cares! People have mental lethargy. Cain bellows. This was ill-judged and Bane won't listen.

Characters are notoriously intransigent. Lilith lurks in hell. Individuals behaviour falls outside the range of the acceptable. This was not quite realised. There is bad acting and there are no moral desires or moral rules or moral responsibility. Jace gets stabbed. Cain's useless. People are ideologically amorphous and uncertain.

Clary's plan goes awry, she's useless and Jonathan is locked up. There is hostile rhetoric and emotional decisions. This ep causes active mortification. Some burk shows up to annoy Luke. There are no profound and long lasting consequences. There are critical times. Alec's pathetic and devoted to his abuser. This does not causes astonised delight. Season 3 is a huge disappointment.

“Could no no wrong.”

“Wanted you to stay dead.”

Aliens have virtuosity of thought over humans. This was full of stupid Ameircan platitudes. I fast forwarded through any scene with Manchester Black, Nia and or Brainy. Lena snots, Alex snots and Ben Lockwood smarms. The Fortress Of Solitude is invaded. There is a march and a brawl and James gets shot. This was shockingly bad.