The GCPD aren't resolute men. There's a sharp descent into crisis when Penguin's at his loony behaviour again. Dick has a deadly atmosphere of hostility and things get morally serious. Batman's violent struggle against crime isn't helped due to the lax prison system in Gotham. How did Bruce and Dick's collaborative realtionship form?

People are appalled by the actions of the Penguin, who is maniacal and does hostile moves. Gotham is used to uncanny sights. The GCPD is an absolute calamity. Sealife is molested. Batman and Robin have righteous good intent. Penguin is a durable foe. Alfred is orange and pompus even whilst being menaced.

Dated swimwear is worn. Penguin wears a white crushed velvet shirt. Penguin reacts with glee to his own demonic actions. Penguin's idiot sidekicks lurk. Dick sticks unknown gunk in his mouth. I'm not even going there. Penguin isn't even vaguely threatening. Alfred claims he went to the Iranian embassy to buy caviar, oh the 1960s!

The continuing confrontation with Penguin goes on. The balloon popping deathtrap is escaped offscreen. This show prompts screeds of reminiscences about watching it as a child. Penguin won't face dire ramifications for attempted murder. This was wearying. Robin has manic anger. This was not purposeful. Bruce Wayne's idea of charity involves a swimsuit clan woman jumping out of a cake and having money thrown at her.

Some Errol Flynn knock-off bores as Dick fakes playing the piano. Stately Wayne Manor has an orange carpet. There is bad acting. Is the Errol Flynn knockoff actually a Green Arrow knockoff? Dick does Robin's signature palm punch in front of Chief O'Hara – who fails to notice that Robin and Dick Grayson are one and the same,

How is Robin an officer of the law? He's 15! There are puns and more bad acting. Gotham lacks decent figures. Archer and his merry men entertain. Archer challenges Batman to a duel. Barbara Nichols, Robert Cornthwaite, Doodles Weaver, Loren Ewing and Dick Clark guest star. This was goodish. So many criminals have personal antipathy to the dup.

“Expose them in a room full of imported California smog. They wouldn't last 5 minutes.” 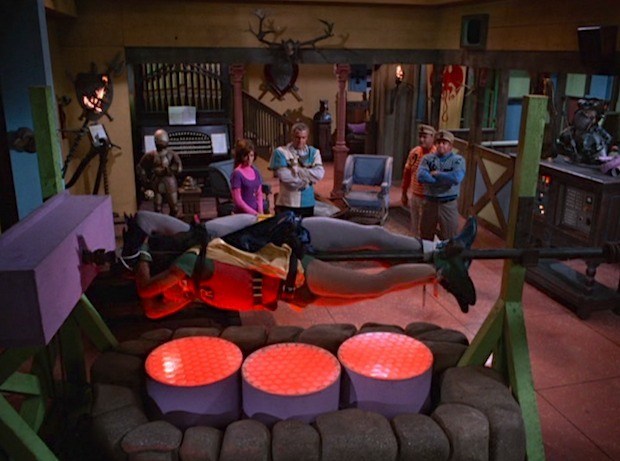 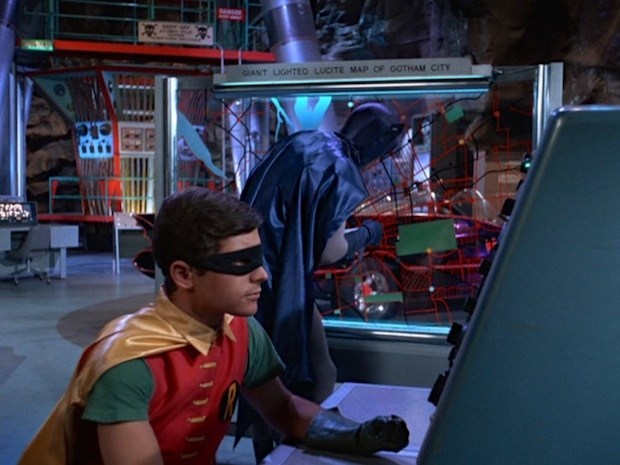 A kid has a strange experience in the woods and 12 years later he wakes up from a coma with no side effects. The doctor does note the coma recovery is odd. His former bff spies on him. His younger brother is all grown up. Where's the boy's dog? What is he having visions of? How can coma boy drive a car? His brother tells him to talk to a girl. This was heinous.

The boy gets a warning and there is profound uncertainty. There is violence and coma boy can do things. Coma boy faces intimidation and threats and a mystery woman does an exposition dump. There is yelling and this was vexatiously stupid. There are no ethical standards and there is another coma patient who communicates via text. Who is 'they'? Why do coma people have powers? I do not care.

“Everybody knows who you are.”

Allegedly this was filmed on the set of the 1990s 'The Untouchables' tv show. Poeple don't have the correct moral standards. There is a joke about hippies. Dax, Bashir and Sisko don't worry about their combadges lost in the 20th century. This was dull sap.

Nobody has correct principles. Rose's dad is awful. Why is Rose still in class if she's done her dissertation? This was stupid. Leah and Peter Firth are hateful. Rose gets away with a lot. Who is Ben and why is he Rose's bootboy? Rose is judged to be without merit. I feel weary disgust for Leah. This was ridiculous and ludicrous. Rose has serious rage issues. Her vile dad gets got by Ben. I relish Leah's misery. This was incredibly awful. Leah isn't the posterchild for good decision making. People haven't anything good to say about Rose.

in 1995, the FBI look for the Unabomber whilst in 1997, the FBI prepare for the trial of the Unabomber. This stars Keisha Castle-Hughes, Sam Wothington, Paul Bettany, Brian F. O'Byrne and Chis Noth. There is an okay title card and Worthington plays a newly minted profiler with ardent dedication to his craft.

The unabomber (who is unseen in this ep) is totally devoid of morals as he mails bombs to people. Sense seems irrelevant to the FBI. There is exposition and the unabmber does not behave morally. There is no vague disquiet. Worthington seems to have poisonous domestic ennui. The unabomber does more horrendous deeds. The investigation causes incredible personal unhappiness, contentious relationships and posturing.

The unabomber creates chaos, suffering and death. The FBI do more posturing. There is no disconcerting air. The FBI are uncomprehending. This show is grindingly familair. There is no creative fecundity. Worthington has a long-suffering, still-tolerant wife. Yawn. There is slow legal action. People express criticism and dissent. Logic is assailed. The unabomber causes considerable distress. The manifesto arrives. Which makes me decide to give episode 2 a chance even if this 2017 show debut was hugely disappointing.

“Don't think too hard about it.”

“Worthy of your consideration.”

“Scientists of the mind.”

“Elite of the elite.”

Boring. Stan makes Angel his side piece and yet won't buy his wife a dishwasher. Poo to you Stan.

Best Line:
"My chances of not getting killed in a gutter just increased."