Lost Souls
Jace dodges a manhole cover. Jace is sad and shouty because he thinks Clary is dead. Why was this cancelled? The Clary actress is now on ‘Arrow’ playing the daughter of Oliver and Felicity FFS. Clary isn’t dead; she’s hanging out with Jonathan who is being played by a new competent actor. Jonathan is still a predatory saddo. Bane is still a colossally stupid tool who is irresponsible. Simon whines and makes poor choices.
Who is the annoying child? Alec has boy band hair and we finally see evidence of the great Alec/Jace friendship. There is no escalating tension. Some annoying bint is connvingly cruel and evil to the bone. I don’t care about Clary or Bane and their drama. One is not particularly enthusiastic about this. Bad things happen to Clave prisoners, oh boo hoo. Clary can’t harm Jonathan. Oh boo you whore.
Best Line:
“You’re never going to survive.”
“Watch me.” 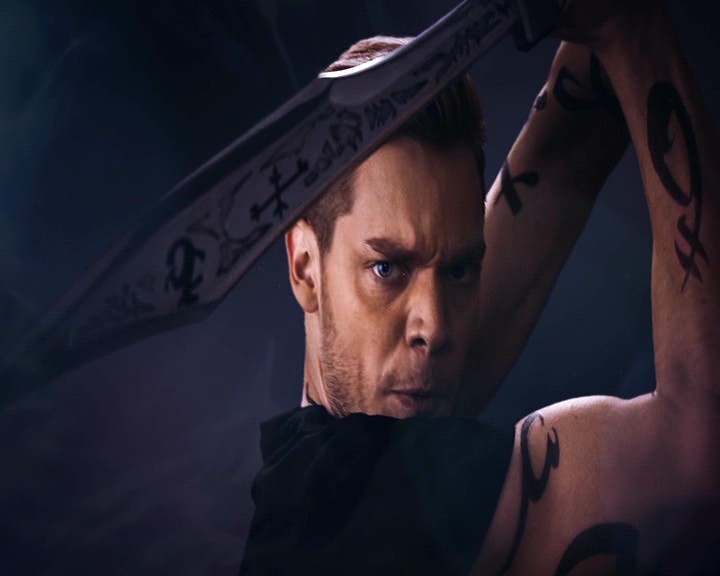 ~
The Durrells 3x01
This show is not strikingly creative. Self serving bores have bare faced mendacity. All ties to the book or reality have been tossed long ago. The mother wears too much blusher. Leslie humps various women. Larry is deliberately demanding. They’re all pretty horrible people. The mother meddles in Leslie’s life. This was not fascinatingly dull, just insufferable.
Best Lines:
“Monstrous troll of a baby.”
“Commercial leprosy.”
The Durrells 3x02
There is no unshakeable intensity or emotional sensitivity. This was simply tedious and minimally credible. Leslie makes another ill-advised decision. Larry thinks the world is against him. Is he on drugs? Where’s Leslie Caron? The clan thrive on chaos. TPTB ignore Leslie’s eventual profound unpopularity with his own family. This was unnuanced. Larry and his mother and Leslie discuss contraception in the 1930s. A great aunt dies. Leslie’s fathered a bastard. The family try to kill Gerry’s pet goat, which is played for laughs. WTF?!? There is a WW1 mention and Leslie won’t marry his baby mama in the 1930s because he is a selfish tool.
Best Lines:
“Explained poorly.”
“We will know no shame.”
“Agree to marry my daughter.”
“Carcass.”
“That’s just creepy.”
~
We Can Kill People
The bratty teen daughter SHOUTS all her lines and can’t act. The wife and husband plot to kill someone to feed her zombie hunger. The cop neighbour annoys. The husband bonds with his wife’s dinner. So she eats a new dinner. This show is not good, so why do I keep watching?
Best Lines:
“Got that woman pregnant while she was having her wisdom teeth out.”
“Go to class as an act of rebellion.”
“Nothing sketchy there.”
“Speaking of Hitler, your mom called.”
The Farting Sex Tourist
The wife takes on her daughter’s principle. The bratty daughter brats. This show is extremely bad but has bile fascination.

"Went into the woods and yelled at trees!"
Tags: mortal instruments, review, santa clarita diet
Subscribe
Comments for this post were disabled by the author