Movie Reviews: Return To The Batcave: The Misadventures Of Adam And Burt + Velvet Buzzsaw

Return To The Batcave: The Misadventures Of Adam And Burt (2003)
Adam West and Burt Ward star in this TV movie which sees a crazed Adam West obsessed with his past role. The batmobile is stolen and he and Burt Ward must find it. Flashbacks show the making of their iconic show. Bruce’s pole was thicker than Dick’s, Burt Ward was a stage named and he was told to change his real name and Ward’s first wife is played by Amy Acker.
Ward has got old and fat. Did Robin ever get to drive the bat mobile? Adam puts on his costume suavely. Ward is inept at putting on his and health and safety is non-existent as he is constantly injured on set. Ward’s voice hasn’t changed since 1966. Ward and West have marital issues. There is exposition and anecdotes and censor issues about the fit of Ward‘s trunks. Burt Ward’s Robin outfit was ridiculous. There are loads of T&A jokes and questions raised about why Bruce Wayne had a ward.
Burt Ward had to escape a crazed fan. Batgirl shows up. West is not shown in the most positive light. There is on-set conflict to heighten the absurdity. Burt Ward has enduring mortification. This was a good seriocomic tale that co-starred Betty White, Curtis Armstrong, Lyle Waggoner, Lee Meriwether, Frank Gorshin, Julie Newmar, Jack Brewster and Jason Marsden of ‘Eerie, Indiana’.
Best Lines:
“There are stairs?”
“I’ll show you sometime.”
“Robinson Crusoe on Mars.”
“Something Clooney-ish.”
“Couldn’t get arrested.”
“Not a lot of call for that.”
“I just plan on saying my lines. Is there more to it than that?”
“Good guys don’t lurk.”
“He was accident prone around fire and electricity.”
“Holy henchmen!”
“Holy parking violations!”
“Mischief is afoot.”
“To what dark end?”
“Bat probe. Don’t ask.”
“Causes curious stirrings in my utility belt.”
“They’re only actors.”
“I’m sure they’d like us to think so.”
“Charming and well-loved as we’ve always been.”
“Dick’s thrust into manhood!”
“You’re not wearing seatbelts.”
“In the batmobile?!?”
“Superheroes wear tight clothes. Cuts wind resistance.”
“Tell that to the Catholic League Of Decency.”
“Is that all you?!?”
“I can’t help how I’m built.”
“You and Robin are gay I hear.”
“You two keep her in the dark about your secret life.”
“Older unmarried guy who takes in this naïve teenage kid as your ward. But you don’t adopt him and there’s not a female figure in the house.”
“You have a strange and unnatural relationship.”
“Sexual vampire.”
“You’re talking slowly on purpose!”
“How about better scripts?”
“I don’t see what’s strange and unnatural about 2 guys who run around in tights and live together.”
“And Bruce and Dick almost never date girls. Not to mention the whole strange uniform thing you share. And don’t get me started on the batpoles. Wrap your legs around that and slide into my batcave.” 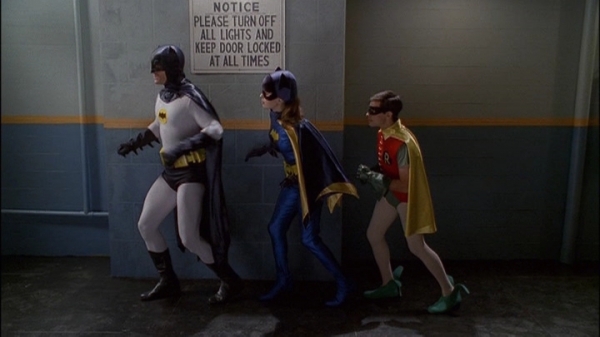 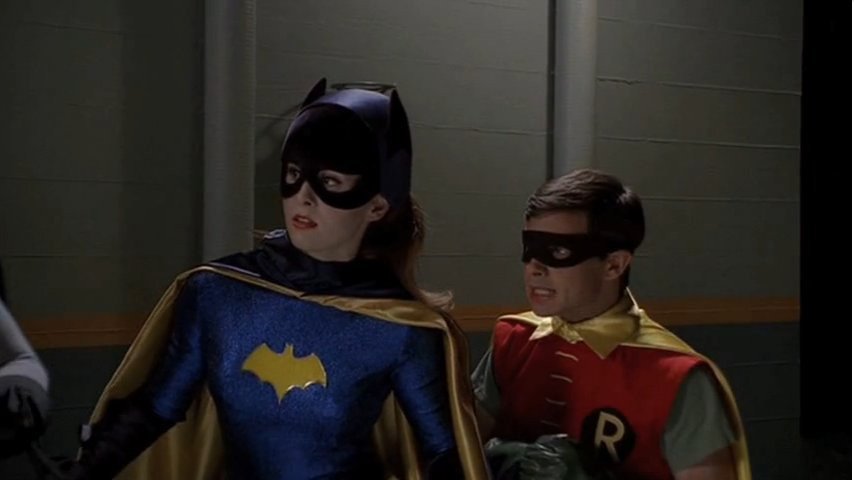 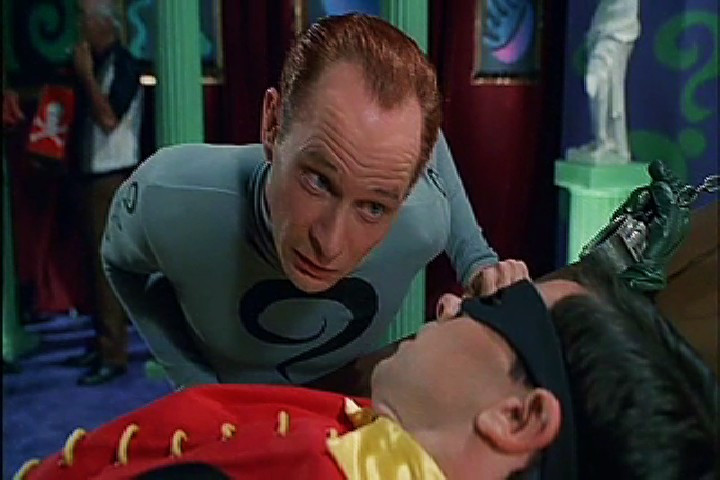 ~
Velvet Buzzsaw (2019)
The art world is the setting for this odd film. A dead artist’s work is looted by an art gallery worker. People plan to sell the art leading to oddness. What becomes of the dead man’s cat? There are awful people and a murky plot. This was WEIRD. Are the cats okay?
Best Lines:
“Kisses.”
“Disappeared for 3 decades.”
“You’re the advisor. Advise.”
“Been in a crate since 92.”
“Walked by like she was part of an exhibit.”
“We peddle perception.”
Tags: batman1966, movie review
Subscribe
Comments for this post were disabled by the author