I don't care about Tilly or her emotional strain. Pike has changed MULorca's ready room. Spock's in a nut ward. How did Michael and Spock fall out? Michael calls Spock her brother, he is NOT. Michael lies. Pike orders the spore drive turned back on and the ship travels to the Beta Quadrant. Tilly has Leia hair. Tilly is desperate for excitement. There are no Klingons, thankfully. The blonde dude is unaggressive.

There is a planet with humans where there should be no humans. They are descendants of World War 3 survivors who were moved across space by forces unknown. The planet has no electricity but they know who they are and where they are from despite being pre-warp. Pike mentions General Order One. Michael does everything and declares her infuriating views with confidence. There are Luddite Collectives on Earth? One crewmember grew up in one.

The social reject Tilly annoys. One feels dersion for her. Why is Discovery upside down? The planet is ringed. Pike, Michael and the former Luddite, Joanne, are the away team. How did the planet people make stained glass? Michael has no religion. The people on the planet talk about the First Saved from 2053, the White Church and they did not discard links from their past life. There are bants and this was okay if not utterly utterly glorious.

One feels intellectual pity for Michael and her smug superiority. Michael finds faith psychologically frightening. Pike is religious. A girl with a silly accent lurks. Tilly has ineptitude. A new doctor is seen. Saru learnt 90 UFP languages. The crew have to save the planet's inhabitants. What became of New Eden after this? Will Michael SHUT UP? A man, Jacob, wants to be saved from New Eden. There is turmoil.

There is no limitless opportunity just unorganisation. Why is Discovery's shuttle bay always open? TPTB love gratuitously humilating Tilly. Pike lies to Jacob. Tilly wants to throw the dark matter asteroid out the shuttle bay door. Do they get it back? Why is Michael like this? Why do they not help Jacob leave like Saru was helped leave his pre-warp world? Pike gets a phaser blast to the chest. There is an ethical knot. This was not genuinely moving.

The pre-warp civilization see Pike and co transport, so that's that contaminated. Is Discovery's tech still on the planet? Jacob has wistful longing to go home. MULorca had a hunger for violence and Pike has an absolute certainty in himself. Tilly went to Musk Junior High – named after Elon? Tilly can't pronounce the name Ahern properly. Why isn't Michael back in jail? It was MULorca who got her out not the real Lorca.

Pike wants to leave Jacob in a state of unknowing. Pike decides to stop being obstructive and unreasonable and shows himself to Jacob in his Starfleet uniform. Jacob is content to learn Earth survived WW3 and now travels among the stars. Pike gives Jacob a powercell. Jacob turns the church lights on. How do they weave their cloth? Pike sees old WW3 footage and the red angel saving the people in the church centuries ago.

“Where it must lead me.”

“Out of the Terran Universe.”

“No humans have settled this far out in the Beta Quadrant.”

“Before warp was ever invented.”

“Someone want to tell me how they got here”

“This glass is 2 centuries old.”

“Those who live the old way burn.”

“Teach the gospel to those who couldn't read.”

“The faith they cling to is a lie.”

“No one needs rescuing.”

“For our true salvation.”

“Doing a doughnut in a starship.”

“I was raised on Vulcan. We don't do funny.”

“Fly among the stars.”

“Carry with it certain implications.”

It has awakened. Marcus is still excommunicated and still an ass. What about Tomas? He has a beard and looks unwashed. Tomas and Marcus try an open road exorcism. John Cho is in this as a foster dad on a creepy island. He hasn't met Marcus and Tomas, yet. What about the demon conspiracy from season 1?

It's 6 months since season 1 ended. Brianna Hildebrand of 'Tragedy Girls' and 'Deadpool' plays a bratty foster kid. What talents does Tomas have? The demon wants him. This was good and there are backwoods noises, handprints and the demon wins. For now.

This is ultra bleak. Tomas has drawn unwanted attention from humans and demons alike. The Vatican are told about the demon conspiracy. There is demoralisation as nobody listens. There are terrible suspicions. Where's the Pope? Marcus is billy-no-mates. There is gratuitous misery and Marcus is so convinced of his own moral rectitude. The social worker hanging out with John Cho is tediously bland and utterly infuriating.

Marcus is a wretched embodiment of masculinity. Good old boys are uncommonly furious. The demons are shutting down exorcists. A lamb birth goes wrong. What is with Tomas' creepy eyes? Is Marcus afraid of Tomas? The duo defeat the demon from 2x01 but don't get a word of thanks. A cardinal is in peril. Another cardinal is possessed. Is Tomas complacent? What's with the creepy Grace? This serves its purpose.

“What other kind is there?”

“They walk among us.”

“The Vatican's been compromised.”

“There's something in the woods.” 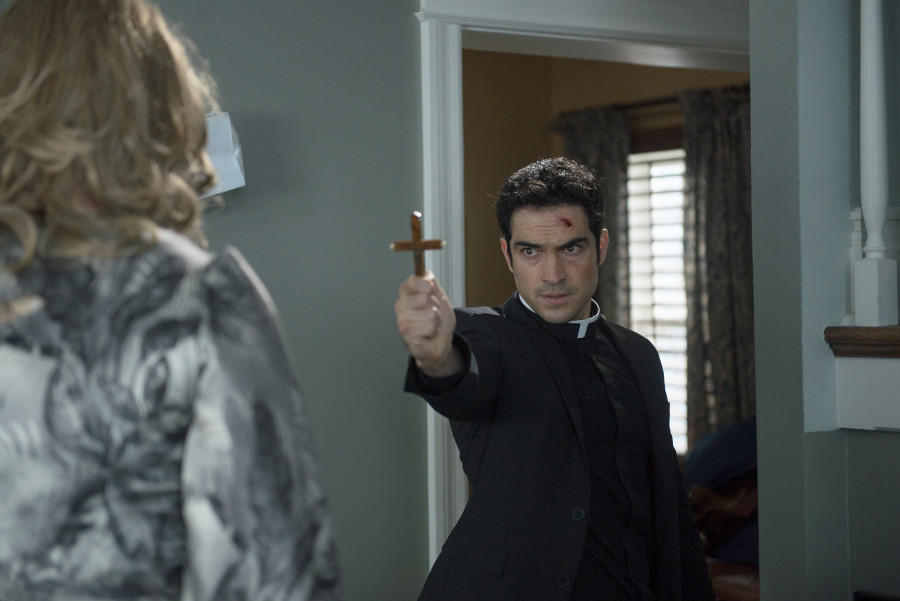 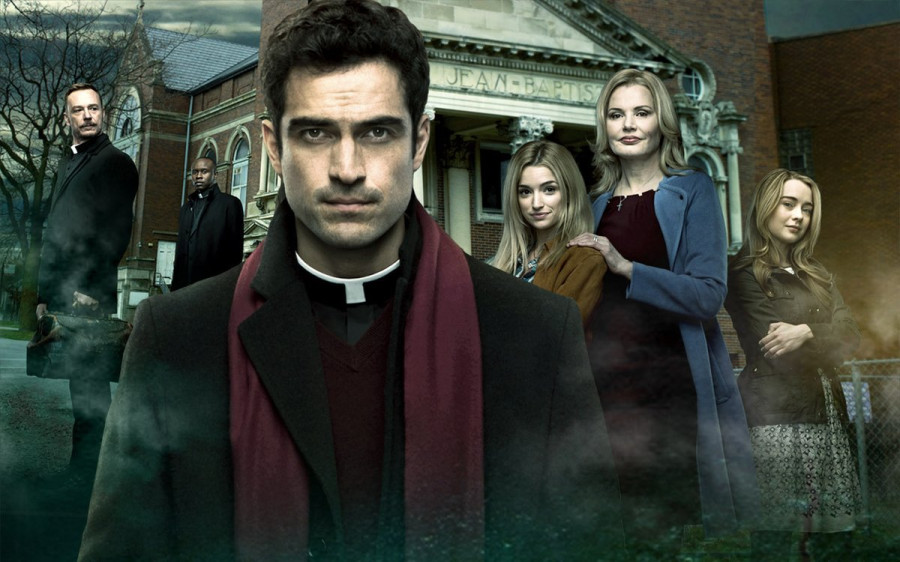 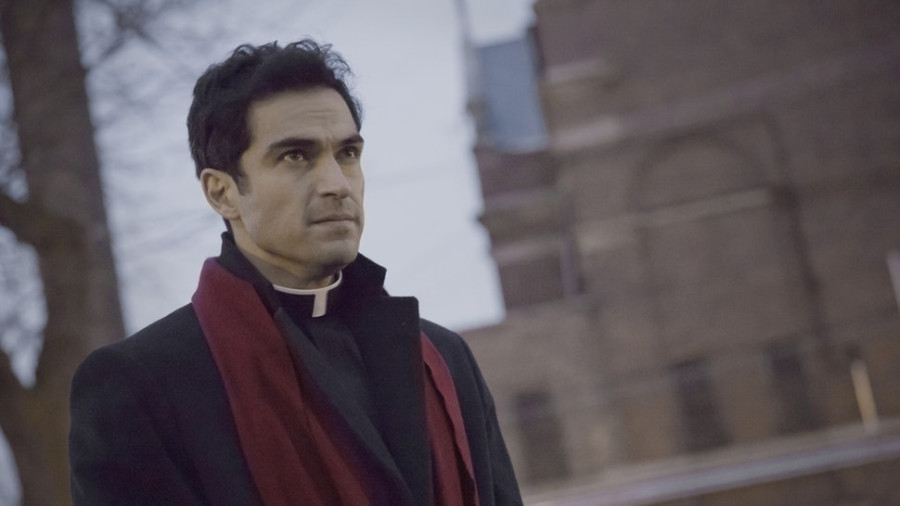 Between Good And Evil

Dawn engages in reckless gun usage. There are split ends and someone comes to a deserved end. Susan really is a tool. A dead dude's been turned into a snowman. Ick. The gang are irrdeemably horrible. Susan was always a bitch and the malevolent force behind the murder. They're not the most wholesome of characters. They're all petulant egotism. This was not complex or dramatic. Judith gets a lot of screentime. This was not hugely satisfying.

Their murderous past impacted their life chances. Oh boo. The gang lie. Susan had silent contempt for the murder victim and has revolting unpleasantness and glowered warnings at her victim and has a confrontational attiude. The gang are ethically compromised and are devious and nefarious. This was a dull slog. The gang are explosively angry and deserve reprisal. Why was the victim the focus of vibes of resentment, verbal and physical abuse? Were the gang racist or just jerks? A lot of prior calculation went into this revenge plot. The seething hate pit Susan gets got.

“Why would we kill our friend?”

“Wouldn't be the first time.”