An earthquake reveals an an alien spacecraft, that must be a million years old. Roy Scheider, Stacy Haiduk, Don Franklin, John D'Aquino, Royce D. Applegate and Stephanie Beacham star. The captain is very tanned for a submarine captian. This ep seems like a ripoff of 'The Tommyknockers'. Darwin the talking dolphin can speak alien?

W. Morgan Sheppard and Dustin Nguyen guest star. Various crew members are off loaded. Krieg is cute, naturally TPTB ditched him when the show was retooled for season 2. Lucas and his 90s haircut lurks with impunity. He doesn't ooze gratitude for the privilege. People look orange and the aliens breathe weird air. An alien hologram shows up.

The aliens make a promise and the aliens communicate with Darwin as 'Star Trek IV: The Voyage Home' is ripped off. This was okay. The alien ship disintergrates. SeaQuest looks like a turd. There are clunky tech and dated VFX. There is a violation of regs and the aliens come from galaxy M-100 which is 40 million light years away which can apparently be reached by a blackberry Lucas built.

“His generation grew up expecting this.”

“We will come again.”

David Vincent attempts to enlist allies in high places and needs a fundamental culture shift to make people accept the aliens existence. What do the aliens call themselves? Will DV ever be seen as reputable? There is no potential chaos. A man wants peace. A doomsday weapon is threatened. A man would rather blow up Earth than share it with aliens. There are no politics of engagement as talks are discussed as is relationship building.

A not so friendly man lurks. There are vicious politics, an uncaring wife and there is no credible policy to bring down the alien. The aliens have a spirit of invincibility and are without the slightest qualm of conscience. Accusations are hurled and a stupid woman is stupid. There is self-serving waffle. There are no dramatic scenes or global scrutiny of the aliens. The stupid annoying woman is stupid and annoying.

“Who they are and what they are.”

“About to be found dead in my own bed.”

“It's insane to want war these days!”

“You must without argument.”

“Beings who bear us great malice.”

“Is that a threat Mr Vincent?”

Where's 2x22? And 2x20? Barbara Hershey and Edward Asher guest star. A girl (Hershey) sees what she thinks is a miracle. There are fantastical lies, exasperated glazed over looks and David Vincent has a lingering grudge against the alines. DV manhandles the teen girl. This ep was objectively terrible. A priest yells at the teen girl. There is unnecessary drama. There is no stylized grit in this mind-numbing ep. Where did DV get a gun?

Barry Morse and Diana Muldaur guest star as 2 aliens who want David Vincent's help. Aliens shoot a policeman and David Vincent is a famous crank. This was grim looking and full of joyless ugliness. DV kidnaps a cop. This was ridic.

~
In A Mirror Darkly Part 2

The crew put on some 'TOS' uniforms. MU Archer is horrified that 2 planets were named after Archer who was honoured and loved. FFS. MU Archer overacts. The Terran Empire heads toward a catastrophic future. A Gorn attacks. Poor MU Reed is blown up. MU Soval lurks. The Terran Empire has freedom from consequence, for now. There is wildly bad overacting in this terrible act. MU Hoshi and MU T'Pol have a bad knife fight. This ep was awful. Why did MU Reed have such complete devotion to MU Archer? MU Hoshi and MU Mayweather take over the Empire.

“Humanity will pay for its arrogance.” 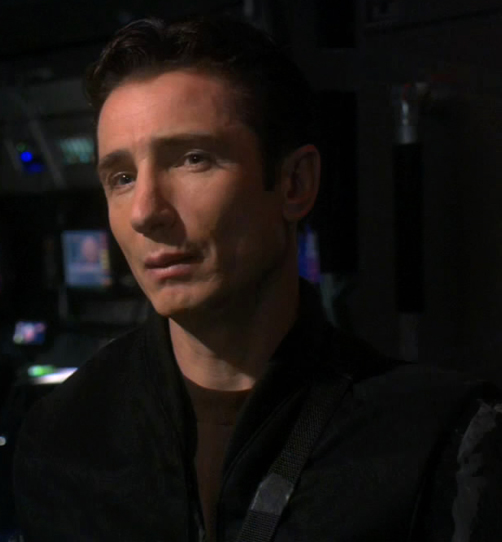 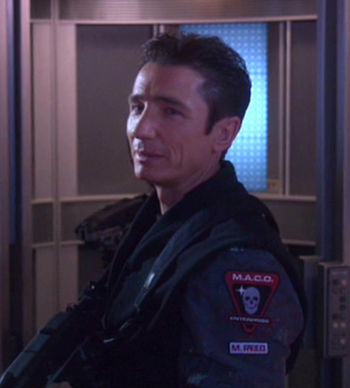 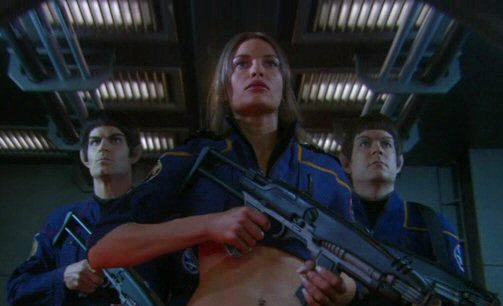 He Feedth Among The Lilies

Richard Chaves is the sole highlight of this show. Harrison is infuritating as the aliens implement aggressive aggravating plans. This is not transgressive or provocative. There is no moral courage. People claim aliens experimented on them. This was stale and generic and miserable. Ironhorse makes logical suggestions that are ignored. This was not solemn or serious. A woman talks about being violated by aliens in a park. Were TPTB doing a tastefree homage to the Central Park case? The woman is sad and wan and miserbale. Harrison exploits her. This was unconvinving and wholly implausible and dismal and meaningless. The ep ends with the traumatised woman being carried off and no moral victory. The downer ending leaves Harrison sad.

John Colicos guest stars. Harrison gets smacked in the face by an alien artist. There is torment and anguish. The alien reveals his race's name and says 5 million more are coming and why they invaded. This was not good.

“A world you don't deserve!”

The End Of Everything

The final ever ep. Warren and her gang murder humans on behalf of talkers. Warren reunites with the ex she tried to murder. Altura has a battery. Warren and Addy want to save the talkers and doom humanity. Warren and George nearly let Pandora doom Altura. FFS. Pandora changes her outfit for a fight with George. Seriously what is TPTB's obsession with George? She's ruined the show. 10K does nothing. We see Pandora's face. Why doesn't Waren die after being shot? Oh she's dead and a talker and has been all season. What about 10k after all that happened to him in season 3? The SJW agenda ruined this show. Red gives Murphy Sun Mei's brain. FFS. This was rushed and why was Murphy cackling like a loon in the final scene? This was catastrophically wrong. Are Red and 10k still an item?

“The dead will be all that's left!”

Nadine and Harold head West to join Flagg. They apparently have no supplies and Nadine is on a pink Vespa. Flagg gets rid of Harold and sends him down a ravine to die. Nadine leaves Harold to die as she broods in her full makeup and 90s outfit. How are there phones? Dayna shags Lloyd for info. The judge is shot. Julie (and her 90s club kid attire) laughs like a mad harpy. Why do they follow tin god Flagg? Why is Dayna dressed like a showgirl? Dayna kills herself. Stu insults dead Harold. STFU Stu. Nadine changes outfit and has to walk to meet Flagg. Trash cracks up. Nadine is ruined and killed by Flagg after he has a full on Kylo Ren style tantrum. The final confrontation with Flagg has an actual hand of god. This was rubbish. Stu falls down a hill. Whhaaa.

“God have mercy on his poor excuse for a soul.”

“We are dead and this is hell.”

"Your time will end."

Tags: review, star trek, the invaders, the stand, war of the worlds, z nation
Subscribe
Comments for this post were disabled by the author