'The Haunting Of Sharon Tate' trailer

This tired looking show is about a stalker.

“Scary people in the world.”

I want to try Sweet Russian Dumplings and tarragon vinegar.

What is hippie pop?

“Waking up one day and there were 10 men outside my front door, and they didn't leave for about five years,”

“This is how a civilisation dies,”

“The macho school of sports writers couldn't bear it. After all women liked it.”

“Nothing behind them but smoke and screams.”

“Certain familiar ring about it.”

“ALL BY HERSELF BECAUSE NO ONE HELPS.”

“Disregard for the future.”

“Did not forsee support.”

“What would happen if Bruce Wayne was on a jury tasked with adjudicating one of Batman's vanquished foes.”

“A man with the moral compass of Henry the VIII's marriage guidance consellor.”

“All ghosts are represented by spooky little girls dressed in antique night attire.”

Why is there still running water in the house? Why do peoples eyes change when they see the things? How did Douglas get back into the house after Gary locked him in the garage? Olympia's stupid decision led to appalling damage. Tom and Malorie and the kids were in the house for 5 years after that. So how did Malorie not become pregnant again? Where did the machete come from?

What did Malorie do for tampons? What did they do about the bodies that littered the house thanks to Gary? Other people who saw the creatures and lived drive around being menacing. How did they cover up the windows again? How many of the things are out there? Where do the crazy meancing people get cars and petrol? How does Tom shave? How is Malorie waxing her legs? Where did they get the boat? How nice there was a nearby well.

“Could be's not good enough.” 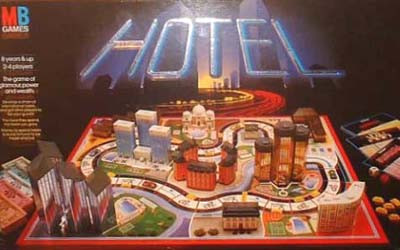