‘Riverdale’ 3x05 promo
People play an RPG. Archie busts out of juvie.
‘Shades Of Guilt’ promo
No.
Sourdough bread - nice.
‘Shrek’ and ‘Puss In Boots’ and ’The 4400’ are being rebooted?
Who read ‘The War Of The Roses’?
What is black coral or octocoral?
Listened to Claudia Christian’s TED Talk - oh the denial is strong in that one.
The King Arthur and Antigone eps of ‘Hercules: The Legendary Journeys’ were entirely unnecessary and sexist.
There’s a new ‘Willy Wonka’ movie?
‘The Purge’ has been renewed.
Did work on LJ tags.
Recall Calvita or Romantica or Sara Lee gateaux or Bird’s Trifle?
What are cow pies, onion strings, fry sauce, curried peanut powder, lovage ice-cream, potato milk, aniseed hollandaise or lemon thyme?
Who saw ‘Hotel New Hampshire’ or ‘Under The Tuscan Sun’ or ‘Wildflower’ or ‘All the Pretty Horses’ or ‘The Unbearable Lightness Of Being’?
What became of screensavers?
Recall ‘Voltron’?
‘Bottom’ Quote:
“Act posh.”
‘The Irish Times’ Quotes:
“Failed to repudiate.”
“Barrier handling.”
“When they are being taken anywhere within a jail a team of prison officers in riot gear surrounds them with riot shields.”
“Mid-level star.”
“Frame the gossip.”
“Pretends to be history.”
“Made-up words with no explanation or real-world referent.”
“Cognitive estrangement.”
“Full platform.”
“Attacking her for not performing anymore.”
“Nothing is ever good enough to satisfy their ceaseless needs.”
“Looks different, sounds different, feels different than these people want it to be.”
“Yet to comment on the alleged affair or its product.”
“Help you into this new lifestyle.”
“Thought they were the height of sophistication.”
“Posh treats.”
“Making it an elite thing.”
“Only work the hours they wish to work.”
“Knew what he was going back to.”
“An album that changed the face of pop culture.”
“Domestic partner.”
“Life turns peculiar.”
“Fondly remembered.”
“Consistently dreadful state of the teeth,”
“Depressing revelations.”
“Only mildly ominous.”
“Angry Dad Disease.”
“Societal expectations.”
“Emotional age.”
“Archaeological resolution.”
“Socio-emotional and behavioural difficulties,”
“Poor participation levels.”
“Sole authentication method.”
“Unless the numbers rise very significantly, many people may find themselves effectively locked out.”
“Low-or no-security jobs.”
“Most people don’t even have a DVD player,”
“A certain type of woman.”
“The influence of the First World War was never stopped.”
“We still live in the world it made.”
“Came something that no longer deserved the name.”
“The army of any major power crossed a hostile frontier.”
“The idea that it would not be the last was already present.”
“Angry apes endowed with powers of destruction.”
“Had no interest in their names or characters.”
“Successful states.”
“Four great empires - the German, the Hapsburg, the Ottoman and the Tsarist - had indeed been swept away. And monarchy ceased to be the default mode of European statehood.”
“Property qualifications.”
“The age of empires was over-”
“Angry apes with godlike powers of destruction.”
“I would happily lie in front of a digger.”
“Longing for a return to a land of hope and glory that only ever existed on the last night of the proms.”
“Apartness.”
“Unknown modes of being.”
“Merciless to those who transgress the laws of class and family.”
“Readiness to kill.”
“Narrow streets and bad houses.”
“Contains nothing worth the attention of the traveller.”
‘Boy George’s 1970s’ Quotes:
“Governments changed like traffic lights.”
“Caused national alarm and confusion.”
“Cleaning ovens and baking a Victoria sponge.”
‘Gary And His Demons’ Quote:
“You did just loudly threaten me in a grocery store.”
‘Sky News’ Quotes:
“Stop meddling when he becomes King.”
“Unexplained wealth order.”
‘The Pioneer Woman’ Quote:
“Big cattle workings.”
‘RTE News’ Quote:
“Lacking basic medical competence.”
‘The Haunting Of Drearcliff Grange School’ Quotes:
“Repository for the Worst Girls in England. Girls weren’t sent there; they were sentenced there.”
“Show no mercy, for none will be shown to you.”
“Living as an outcast from polite society in order to protect it.”
‘Hollyoaks’ Quotes:
“Tore off her hair extensions.”
“She told me you died.”
“Proper weird her.”
“Couldn’t fight my feelings.”
“That I didn’t feature in!”
‘Dr Phil’ Quote:
“Meeting people and cuddling them behind my back.” 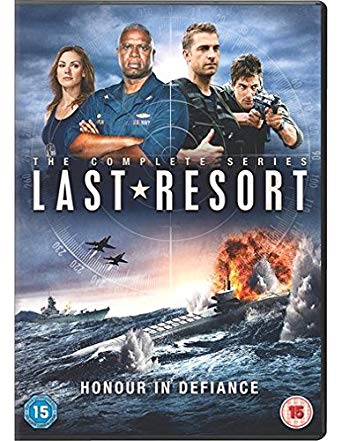 Tags: babylon 5, last resort, livejournal, riverdale, the purge, thoughts, trailers
Subscribe
Comments for this post were disabled by the author