‘The Favourite’ trailer
2 women fight to the favourite of Queen Anne. This looks amusing. Clay pigeon shooting is done with no clay. There is cold satisfaction and cold precision.
Best Lines:
“No one but me would dare and I did not.”
“I am the Queen.”
“For once, act like one.”
‘Supergirl’ 4x04 promo
“Make her dead”
‘The A Team’ promo
No.
‘Doctor Who’ 11x05 promo
No.
‘Z Nation’ season 5 promo
Bombies!
L’Original Noir Choc - good.
‘American Vandal’ has been cancelled.
Syd cuffs are not new.
I want a bucket bag.
Who saw ‘The Cemetery Club’ (1993), ’Mona Lisa’ (1986), ’Watership Down’ (1978), ‘This Boy’s Life’ (1993), ‘Widows’ (1983), ’Heaven and Earth’ (1993), ’Volcano’ (1997), ’Death Wish V’, ’Death And The Maiden’ (1994), ’Young Guns’ (1988) or ‘Truly, Madly, Deeply’ (1991)?
A ‘Star Trek’ animated comedy? Oh come on.
The ‘Inside No 9 Halloween Special’ annoyed.
There is Brussels sprout flavoured tea?
What is short rib? Potato puree? Cipolline? Or tarta de santigo? What is raw oyster emulsion?
I’d try a salad composed of chicory, kale, endive, apple, candied pecan and an off-sweet dressing made of cooked grape musk. And I’d try one made of baby greens, avocado, radishes, asparagus, mango and champagne vingarette. I’d try rose jelly and eggless ice-cream.
No Boba Fett movie. Who ever wanted one?
I won’t review ‘Trust’ 1x08.
Political thought is a thing?
‘The Sunday Times’ Quotes:
“Cause of all our ills.”
“Raise very disruptive issues.”
“Thought-control camps.”
“Civilising force.”
“Academic advisor.”
“Narcissistic concern.”
“Maternity tourists.”
“A cloud over his own reputation.”
“Ethical line.”
“Knight-of-the-realm credibility.”
“Expectation of entitlement.”
“Stop persecuting my husband.”
“A man rooted in the 1980s, who is baffled by the way cultural values are challenging around him.”
“Urinary urgency.”
“No end goal.”
“Peering at a universe he finds just as odd as it finds him.”
“Consumed with regret, embittered by his downfall.”
“In need of masculine salvation.”
“An association for butler’s to spy on foreigners who enter their masters’ world."
“Future-proof.”
“We done witnessed it.”
“Moon attacked him with a tambourine.”
“His much-mocked trout fishing.”
“Refusal to engage with the adult world.”
“Expecting little from those around him.”
“Expected reward for his intelligence and diligence.”
“Endowed by his parents with brilliance and charm; in truth he was a bully and a prig, beating up small girls and taunting the servants.”
“A world we don’t understand, we probably don’t want.”
“Economic serfdom.”
“What awaits us if we do nothing.”
“Well past active combat,”
“Advertise his manliness to other men.”
“His six marriages, and their unhappy consequences.”
“Hounded out of office and into the grave.”
“If his emotions were intense they were seldom deep.”
“History has taken a wrong turn.”
“The man he literally paid to wipe his arse.”
“Politically homeless.”
“A long and not always easy history.”
‘The Sunday Business Post’ Quote:
“Artificial notion of yourself.”
‘Murder She Wrote’ Quotes:
“There was a killing last night.”
“One of our town characters.”
‘The Irish Times’ Quotes:
“Feel unrepresented or unheard.”
“Feel excluded or ignored.”
“Angry, bar-stool ranters.”
“Nostalgic pride.”
“Being wronged by those who make decisions far away from it.”
“Lazy lamentations.”
“Always coming to take things and change things.”
“Hate-breeding.”
“Sneering contemptuous evil.”
“Get everything provided in terms of housing without entering employment or preserving in education.”
‘Inside No 9’ Quote:
“You teach classics? Is that like ‘Gone With The Wind’ and ‘Pretty Woman’ and that?”
‘Dr Phil’ Quotes:
“Having sex with semi drivers.”
“Speak with aggression.”
“I’m not playing the victim!”
“Yes you are.”
“Wet brain.”
“Having sex with a random guy.”
“Disrespect problem.”
“Buy 2 boxes of wine a day.”
“You don’t help with anything.”
“Worthless waste of life.”
‘City Of Endless Night’ Quotes:
“Those quiet ones - they scare me more than the rabble. They look like mean it.”
‘Hollyoaks’ Quotes:
“Well sad.”
“Always hated me.”
“And now we know why.”
‘Total Divas’ Quote:
“You’re my enemy tonight.” 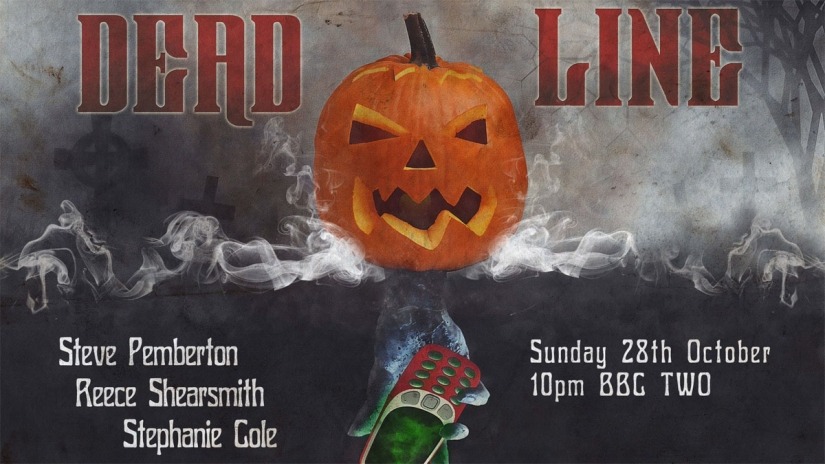