‘Riverdale’ 3x03 promo
WTF?
‘The Possession Of Hannah Grace’ trailer
The body of a woman who died during an exorcism is brought to the morgue. This looks okay and stars Shay Mitchell.
‘Suspiria’ trailer
1977 Berlin sees a woman uncover a dance company’s disturbing secret. There are ugly clothes and staring.
Best Line:
“The one that’s coming.”
‘The Curse Of La Llorona’ teaser trailer
A Mexican folktale looks boring.
‘Jonathan’ trailer
Brothers live a boring scifi existence. This looks dumb.
‘The Hate U Give’ TV spot
No.
‘Jean Claude Van Damme: Behind Closed Doors’ opening credits
No.
‘Fresh Off The Boat’ promo
No.
‘Norsemen’ season 1 trailer
“Who dares to boo?”
Whiskey fudge - okay.
Gluten free shortbread fingers - okay.
Made custard - nice.
A ‘Dorian Gray’ TV show?
I hope to review ‘Constantine’, ‘Mandy’, ‘The Changeling’, season 11 of ‘The X Files’ and seasons 1 & 2 of ‘The Exorcist’.
Who saw ‘Split Second’ (1992), ‘The First Power’, ’Bowling For Columbine’ (2002), ‘The Skeleton Key’ (2005), ‘Homeward Bound 2’, ’Fahrenheit 9/11’, ’Monkey Shines’ (1988), ’Chillier’ (1985), ’The Nest’ (1987) or ‘Darkness’ (2002)?
Recall the old Yahoo News? I miss it.
‘The Pioneer Woman’ is irritating.
So Lex Luthor will show up on 'Supergirl'?!?

‘NCIS’ Quotes:
“I don’t like you.”
“That’s okay, I don’t like you either.”
“The augury might apply to me.”
‘TheAtlantic’ Quote:
“He was, or might have been - and then he wasn’t.”
‘The Irish Times’ Quotes:
“Hogget.”
“Accusations made for political gain.”
“Lack of career progression.”
“Reputational convalescence.”
“Resent the complications.”
“Reputation stabilised.”
“Discontinuance.”
“Not prepared to acknowledge she suffers from a mental disorder that requires supervised treatment.”
“Not been co-operative.”
“Judgement was impaired.”
“Negative research.”
“Socially regressive.”
“Sincerity of their objections.”
“Ministerial responsibility.”
“Level of dignity required for the office.”
“State-run narrative.”
“Transactional media.”
“Rips out slot machines when they dare to withhold his money.”
“An even lower rung of mob-connected life.”
“Culturally stalled in the 1970s and 1980s.”
“The interior of his house is clogged with newspapers, videotapes and Neolithic vinyl records.”
“Tedious multi-disc epics.”
“A lack of confidence in the respectability of their own medium,”
“Insulate themselves from popular rage.”
“Little notion of how the institutions of state work.”
“Inexperience and lack of knowledge will end up leading to renewed frustration.”
“Accusations of wrongdoing,”
“Land out of which they intend to build a nation.”
“Not one person in his family has a job,”
“Refuse to reconcile.”
“Role clarity.”
“Talking very bad about us.”
“Illegal and immoral behaviour.”
“Despised for different reasons.”
“Didn’t really acknowledge to each other.”
“Squalid and revolting loos.”
“End all communication between them.”
“Sole arbiter of reality.”
“Tribal and clan-based society.”
“Persuaded him to co-operate.”
“Oppressing the local community.”
“Popularity never really soared.”
“I miss Saturday morning TV,”
“Mixtapes are another phenomenon consigned by big tech to the dusty attic of the cultural memory.”
“Rendered obsolete by the relentless march of digital progress.”
“Keep female ambition in line.”
“Their worthless language.”
“Don’t want to die and be forgotten.”
“Vocational duty.”
“Dad liked me again.”
“Shunned by their horrified families.”
“Imposed, careless concept of normality.”
“Aristobrats.”
“The trailer trash of millionaires.”
“The rich elites never did accept him.”
“Distrusted sexual minority.”
“Invented by ad agencies to sell flavoured vodka.”
‘RTE News’ Quote:
“Clear purpose was to have violent clashes.”
‘House Of Cards’ Quotes:
“Keep me company for a bit.”
“Wrong end of that bullet.”
“Tell me I’ve been heard.”
“Your designer heels and tailored dresses.”
“Elected office has always been her goal.”
“Run for something.”
“That trailer park you come from.”
“Don’t be weird about it.”
“We’ll have no talk like that.”
“Can’t cross back over the line.”
“Oozes intrigue.”
‘Sky News’ Quotes:
“It’s bad bad stuff.”
“Growing moral pressure.”
‘Good Morning Europe’ Quote:
“Grown in ferocity.”
‘The Ongoing Adventures Of Squatt & Baboo’ Quotes:
“Sugary frozen animal milk products.”
“Come here so I can berate you!”
“Blueberry bonehead! Hairy bat monkey!”
“We don’t feel the tears when we sleep!”
‘Dr Phil’ Quotes:
“Go on dates for money.”
“You should be sorry.”
“Waste of a life.”
“Dragging me into sin.”
“Everything makes you angry.”
‘The Domination’ Quote:
“Refused to even pretend to virtues they rejected and despised.”
‘Gary And His Demons’ Quotes:
“You old creep.”
“Kick his godddam dick off!”
‘Rick And Morty’ Quotes:
“Why aren’t you more ashamed of yourself?”
“Victim role.” 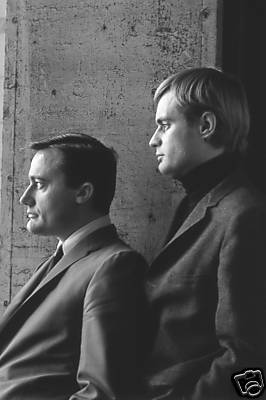 Tags: constantine(tv), house of cards, man from uncle, riverdale, supergirl, the exorcist, thoughts, trailers, xfiles
Subscribe
Comments for this post were disabled by the author