‘She-Ra And The Princesses Of Power’ teaser
Ugly animation and a sword. This looks naff.
Best Line:
“Balance must be restored.”
‘It Came From The Desert’ trailer
No.
Best Line:
“Swat it to death?”
‘The Lodgers’ trailer
No.
Best Lines:
“It belongs to us and we to it.”
“I won’t stay and become what they did.”
‘Brainstorm’ trailer
No.
‘Trust’ promo
Degenerates.
Who saw ‘I Shot Andy Warhol’ (1996) or ‘Critters’ or ‘Bill & Ted’s Excellent Adventure’ (1989) or ‘Big Fat Liar’ or ‘3 Ninjas’?
A ‘Candyman’ remake?
I won’t read ‘The Upstairs Room’.
I’m thinking of checking out the ‘Mighty Morphin Power Rangers’ comics. Tommy is the single most popular power ranger of them all. He’s immensely popular with fans and regarded as the greatest power ranger. He stands alone above most others and achieved a ridiculous amount of popularity. He had combat prowess and his origin story of a villain turned hero had mystique and is a beloved storyline. Tommy and Kim were the king and queen of the show. Kat who? 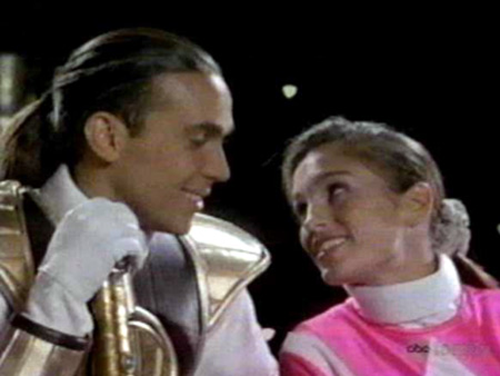 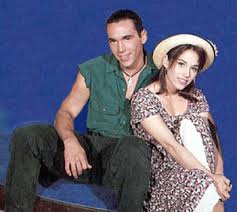 ‘Inspector Morse: The Way Through The Woods’ and ‘Handsome Devil’ were not good.
What is retro about a drinks cabinet?
Who saw ‘Uninvited Ghosts’?
‘The Black Witch’ Quotes:
“Waits to see if I’m appropriately horrified.”
“Their very existence is to be erased to restore honor and purity to the family.”
“Why did you leave me in the dark about what might be out here waiting for me?”
“Pathetic stick magic.”
“Lead lives of quiet morality.”
‘Upstart Crow’ Quotes:
“Spotty grotty.”
“Turnip chewing.”
“Required gravitas.”
‘Dr Phil’ Quotes:
“Forever haunted by suspicion.”
“Their parents were afraid of me.”
“Murder gossip.”
“Not friendly to anybody.”
‘Hercules: The Legendary Journeys’ Quotes:
“Walking bad attitude.”
“Sovereign’s bootlicker.”
‘The Irish Times’ Quotes:
“Huge isolation and exclusion at all levels.”
“Making wise judgments.”
“Culturally cohesive.”
“Confers meaning on my life.”
“Simply desire the knowledge.”
“Military alliance.”
“Not socialised into the national culture of their host countries.”
“Personal exclusion.”
“So excluded and unreal.”
“Documents may vanish when a website closes.”
“Older data is deleted and forgotten.”
“Structured archiving.”
“Socially indicative.”
“They don’t have a clue. And they probably don’t. How would they? Playing Fornite into the small hours or before school is hardly going to produce a bright mind and a well-rounded individual.”
“Notoriety extends well beyond politics.”
“Functioning under a massive disconnect from the world and its problems.”
“Fashionable celebrities.”
“Express gratitude verbally.”
“Criminal damage.”
“So skimpily clad.”
“The amount of food and packaging they regularly leave lying around beggars belief.”
“Experiential learning.”
“Self-governed democratic community.”
“Not a helpful perspective.”
“Validly complains.”
“Unstable, delusional egomaniac.”
“Self-exculpating.”
“Moral escapology.”
‘NYMag’ Quotes:
“Tried to make common decency into a First Amendment issue.”
“Failure attaches itself to some people like an odor.”
‘The Guardian’ Quotes:
“TV dramas went on for series after series.”
“Limit or refuse cooperation.”
“Unlikely to let considerations of legality get in the way.”
“Tainting the global image.”
“Locally accountable.”
“Accept this war on their compatriots as necessary to save their governments.”
“Campaign of hate-filled lies.”
“Their command over the traditional contours of their identity is slipping away.”
“Fault of intruders,”
“Restore order to a complex, difficult, menacing reality.”
“Extremely genteel sport.”
“Self-objectify.”
“An audience recruited at the malls.”
“Cultural experience.”
“Entire segments live in their own world and with little interaction with others.”
“Wildfires so big that they send ash around the globe.”
“Change the way we farm.”
“Don’t even know their condition is reversible, let alone how to achieve it.”
“Personal reminiscence.”
“Angrily combating the doom-mongers and nay-sayers.”
“Titanic achievement.”
“Vulnerable to allegations of laziness.”
“A brutal overnight departure form much of what pre-existed, and was up until then deemed secure.”
“Largely ignored me, as though I hadn’t spoken at all.”
“Famously unfaithful.”
“Public liar.”
“Groups he delights in offending.”
“Thinks eating is inefficient.”
“Food was an outdated concept.”
“We all construct ourselves for the world.”
“Might not gain the reaction you expect.”
“People who stood for everything she despised.”
“Which has the added benefit of not inviting arrest.”
“He is made to feel old in his bewilderment at both.”
“Showed neither gratitude or wisdom.”
“Authority figures were either useless or positively harmful.”
“Without evidence or foundation.”
“Refused all help.”
‘Tales Of The Unexpected’ Quote:
“You don’t like anything in the house.”
‘Friends’ Quotes:
“Shiny guys named Chad.”
“I’m Joan Collins.”
“Who?”
Tags: 1980s horror anthologies, thoughts, tommy oliver, trailers
Subscribe
Comments for this post were disabled by the author