Whom Gods Destroy
Kirk and Spock are trapped in a planet wide loony bin. Why does a loony bin look like a zoo? Yvonne Craig guest stars as an Orion woman. Garth, a self-indulgent narcissist spreads panic and fear in the loony bin. Garth spreads macabre chaos and this was not profound. Spock looks on not entirely approvingly. William Shatner gets ludicrously melodramatic in this hopeless ineptitude.
Garth wears a fur coat and has a pimp chain. This was not deliciously bleak. Season 3 has been varying degrees of awful. Garth overacts with performative glee. This is not a drama with universal significance. Garth is a shape shifter. The 5 year mission is not a character building search for meaning. Why is McCoy on the bridge? Scotty has sideburns. Kirk mentions a time when starship captains needed to be warriors, an unintentional tie-in to ‘Star Trek: Discovery’. This was DUMB.
Best Lines:
“I’ve forgotten.”
“But I haven’t.”
“Die rather horribly.”
~
Let That Be Your Last Battlefield
The ship encounters two mysterious aliens in this racism analogy. McCoy wasn’t that good a doctor. Kirk shouts and has weird diction. One of the feuding aliens is the Riddler from the Adam West ‘Batman’. The two aliens have a long standing race war hatred. The aliens have feuded for 50,000 years. That comment does not attract notice. Why is Scotty on the bridge? Kirk is a jackass.
The ship is forced to go the aliens’ homeworld which is now a charnel house due to a race war. The aliens go on fighting their poisonous row on the ruined planet with murderous fury and no available reconciliation. The detached and distant Kirk and co leave in disgust. This was mmmmm and not profound or cruelly poignant. Or unsettling.
Best Lines:
“Blood is blood. Even when it’s green like yours!”
“A land of murdering oppressors.”
“This ship goes where my will drives it.”
“Irrationally opposing points of view.”
“Where can they run?”
“Vast numbers of unburied corpses in all cities.”
~
11/9
This ep is a whole ep flashback to before and the night of election night 2016. Ivy (Alison Pill of ‘The Family) has a secret. Beverly (Adina Porter) had her career usurped by Serena. Winter was in the election queue with lvy, Meadow, Harrison, Serena and Beverly. Ally of course didn’t notice. The ballot papers were HUGE. Ally and her chronic instability did not vote for HRC. Kai showed up with Gary (Chaz Bono) to vote. Gary was bleeding. Did Ally notice? No.
Kai recruited Harrison and Meadow as his followers. Kai makes people feel valued and loved. He’s truly awful. He’s into forced intimacy and has snakelike cunning. He gives people fun and purpose. There is unexpected intrigue. The vile Serena (Emma Roberts) is shrill. Harrison killed his vile boss, who looked yellow. Kai lacks empathy and makes others also lack it as well as compromising others social interactions. He also makes other people’s ability to make rational decisions fail.
Kai plays at being the comforting voice as he is bad, very bad. Ally has soulless vacuity. Kai is surveilling and judging others. Ally is shallow and illusory. There is mad energy and monstrous imagination. Meadow gets little solace from her husband. Kai makes unanswerable arguments. Meadow and Harrison were foreclosed on. They’re forced into an ever smaller social niche. Murder becomes a harsh necessity. Meadow is relentlessly supportive to Harrison, but not vica versa.
Kai has true and absolute commitment to serious statements and is the master of getting noticed. He coerced Harrison into killing his boss to cultivate self worth. Beverly has rictus grins. Her vile boss Bob boffs Serena. Beverly is indefatigable. Beverly is the subject of a Youtube video which showed her on-air breakdown which was the culmination of endless harassment. Serena has shark eyes. She boffs Bob for enhanced workplace status.
Serena generates great anger. Beverly has quiet determination to get Serena. Kai offers aspirational advice. Serena and a cameraman get done in by clowns. Ally was lazy. Ivy knew Winter before she was hired as a nanny. Oddly neither mentioned that. Or the fact they bonded over harassing Gary. Kai has necessary encounters with strangers. How much money does Ivy make from social dining situations? Culturally set standards are violated. Kai plays being a supportive mentor. This was good. Kai recruits Gary in ‘Saw’ fashion.
Best Lines:
“Aren’t you a nasty woman!”
“Welcome to Trump’s America!”
“Don’t be one of those people.”
“Who’s that?”
“My boss.”
“Who’s that?”
“Someone to believe in.”
“I’m not holding that turdball.”
“Without apologies.”
“They laugh at you for it!”
“I believe in you.”
“I hurt someone.”
“How did it feel?”
“YOU DON’T MATTER ANYMORE!” 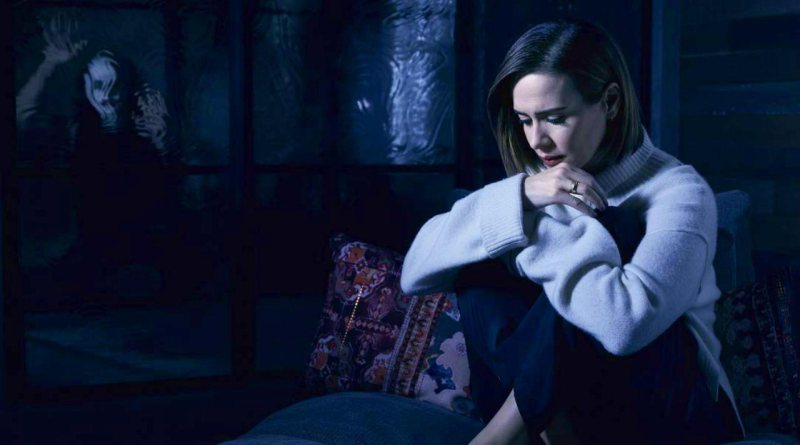 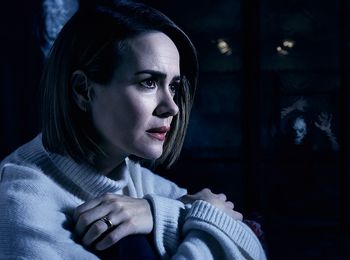 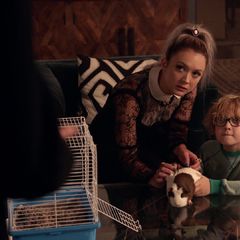 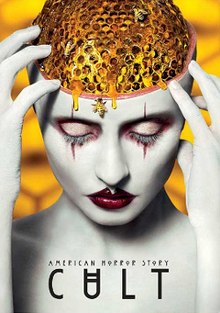 ~
No Man’s Land
Gotham faces a serious crisis. Jeremiah faces public fury. Is Gordon and Bullock’s old boss still locked up in the loony bin? Jeremiah has fallen dramatically from grace. It’s a toxic time. Season 4 has been complete rubbish. Hugo Strange pops up. Bruce practiced avoidant abuse on Alfred and Selina. And got away with it. There are bad VFX. Gordon is not authorative. Malik Yoba and Nathan Darrow guest star. Whenever Riddler is on-screen, it is a sure sign of serious decline. Bruce snots. He never does post-interactional analysis.
Mr Freeze enjoys being a bad man. Lee does stupid things. Her and her endless unimaginable betrayals bore. There is no excitable mischief. Lee’s not deeply regretful over her crap. Who’d choose Penguin as a partner? ‘The Dark Knight Rises’ and the season 1 finale of ‘Arrow’ are both ripped off. Ra’s Al Ghul dies AGAIN. Bombs go off. Riddler and Lee engage in foreplay stabbing. What’ll become of them? Oh who cares?
Butch is cured and Penguin kills him and shoots Tabitha as part of a long con revenge and enforced responsibility. Everyone’s vengeful. Boats run all night to evacuate the city. Gotham has been declared off limits and the government gives up on it. Badddies carve up territory. Scarecrow has a scythe. The proto bat-signal is seen. Man-Bat and some other baddies prance. Bruce is spoiled and capricious. No wonder season 5 will be the last.
Best Lines:
“Enjoy Arkham.”
“Girlfriend bleeding out on the way”
“Give rise to the one I foresaw long ago.”
“Others on their way.”
“It’s just what you do.”
“Hell is what’s coming.”
“Whatever’s lurking in the shadows.”
“Let them come.”
Tags: cult, gotham, star trek, the family
Subscribe
Comments for this post were disabled by the author