Harvest Home by Thomas Tryon
This classic 1973 novel is set in 1972 and sees the Constantine family flee the big city for the village of Cornwall Coombe. It’s such a quiet peaceful place which gives the ‘hero’ Ned a modicum of hope for his unhappy wife and sick daughter. Ned is unaware that the luminous caring villagers have sinister reasons for allowing them to move in and that they live their convictions.
Ned’s lack of interpersonal skills is a disruptive influence which taints his reputation and traps him in the wretched all-consuming maw of Cornwall Coombe. This has no quiet menace just a dawning awareness that the pleasant life and frozen lives and mystical emphasis of Cornwall Coombe hides a theological autocracy. The villagers find disagreement so threatening and such a moral outage that it will have profound implications for Ned.
Whatever psychosocial factors drive Ned beneath his narcisstic, vain, professional geniality; he is unafraid to make enemies and ignores obvious ideological dogmatism. Ned strides around the village as King Stud and he is so uninvolved with his vastly unappreciated wife and ignored child, he fails to notice their personalities twisting.
This was very good and was made into a miniseries called ‘The Dark Secret Of Harvest Home’. So much for Ned’s hope that a move to the countryside would be beneficial, nothing of value took the place of big city living. Sadly Tryon died in 1991. Imagine a sequel that examines Cornwall Coombe’s existence in the era of MeToo.
As one reads this book it is very obvious that Ned is a jackass who describes teen girls as buxom and meaty. He also forgets his severely asthmatic daughter’s inhaler while obsessing over skyjackings, the troubles, an electric percolator, kale and Swiss chard. Ned also watches his wife do the housework, cook and prepare food and sits on his ass doing nothing to help. It doesn’t even occur to him to help, he is too busy thinking about a piecrust table and ignoring how the village is mythic in its lore.
Ned wonders about the mystery of deceased local pariah Gracie Everdeen, but he doesn’t wonder enough and constantly pokes and pries. Ned sits on his ass as his wife and daughter tidy up. There is no concept of medical privacy and Ned uses the phrase “loin lust”. He is a rapist and a would be murderer and is obsessed with not being run by his wife. Nobody talks about things.
Some things aren’t explained. What is scrapple? Hoecake? Equitation? A talking book machine? Pulmotor? And how does the Widow Fortune get Fortnum & Mason tea? The village church has pews for unmarried women? People babble about Mark Spitz, a medihaler and WhitSunday.
There are paedo jokes, the ‘hero’ doesn’t do anything when he sees a child suffer a possible head injury and people act weirdly when a child seems to die. His adultery is shrugged off by Ned. The police aren’t called over an assault and Ned never asks the right questions and is rude and ungrateful. His daughter Kate acts oddly, how old is she supposed to be? Ned doesn’t like assertive women; in fact, he doesn’t like women at all. Which leads to his ultimate fate.
Best Lines:
“Why had I been singled out for her notice?”
“Had she winked? In church?”
“What Grace Everdeen had done to merit such general censure.”
“She killed herself. As she ought to have.”
“Waiting to submit to the demands of her spouse.”
“Silenced general comment.”
“She is bane.”
“He had heard tales of bohemian artists living in garrets.”
“In Cornwall Coombe it don’t pay to be different.”
“She used words I had never heard a woman speak before.”
“A terrible event yet to come.”
“I would avoid her as I would contagion.”
“She was the great lady of the town,”
“An omen apparently of the utmost significance.”
“We had been fooled and contrived against?”
“Talking about what?”
“Things we don’t want talked about.” 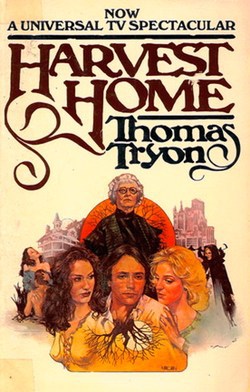