‘Ordeal By Innocence’ 1x02 promo
Violence! Sex! Mmmm!
‘In The Long Run’ promo
No.
Made fondue - okay.
Who saw ‘Jesus Of Nazareth’ (1977) or ‘Shooter’ (2007) or ‘1941’ (1979) or ‘The Basketball Diaries’ or ‘Quigley Down Under’ or ‘Nightbreed’?
Statement slides are a thing?
What is cocoa-powder mousse? What is quiet food? What is wild-garlic emulsion? What are cured eggs?
The flic-flac spider is freaky.
The Raw Vegan diet sounds awful.
I won’t read ‘Strange The Dreamer’, ‘The Treatment’, ‘The Town That Forgot How To Breathe’, ‘House Of Secrets’, ‘Shell Game’, ‘The Best And The Brightest’, ‘Boy Heaven’, ‘The Sinner’, ‘Confessions Of The Very First Zombie Slayer’, ‘Night Things’, ’The Last Harvest’, ’Cradle Lake’ or ‘The Little Woods’.
They’ve turned the 2013 short film ‘Cargo into a Martin Freeman movie? No thanks.
I’d try jalapeno ketchup and cactus margaritas.
‘The New Yorker’ Quotes:
“Fitness fascist.”
“His Gaze obscure and empty.”
‘The Sunday Times’ Quotes:
“Was there ever going to be another genetic outcome.”
“Flavour boosters.”
“A hate crime against food.”
“Low nasal impact.”
“Her feet sore from cheap high heels.”
“Unenviable reputation as an angry drunk with poor judgement.”
“Grim, unhappy confrontation.”
“No children have been born here for over 1,000 years.”
“The last living remnant of the Byzantine empire, which collapsed more than 500 years ago.”
“He is in a grim mood after being assigned potato-peeling duties.”

“Unbothered by public notice.”
“Too old to fix.”
‘Roseanne’ Quotes:
“What’s up deplorable?”
“Straight to the violence.”
‘Countdown To Calvary’ Quotes:
“Reinforcements were weeks away.”
“Premier responsibility.”
“God’s plan for history.”
“National repentance.”
“Alive with messianic expectation.”
“Turned him mad.”
‘Sky News’ Quotes:
“Changing borders by force.”
“Global order.”
‘Blackadder The Third’ Quotes:
“Fat flatulent git.”
“A lodge meeting of the guild of village idiots.”
“Solar sojourn.”
“Post Norman tongue.”
‘Autopsy’ Quotes:
“Camden chancer.”
“Gopher on a Lily Allen video.”
‘Eastenders’ Quotes:
“Go home with anyone who’d buy you a bag of crisps.”
“A drunken mouthy tart!”
~
On ‘Hollyoaks’: Cleo is bulimic and shagging Joel but Sienna isn’t having that. The deranged vendetta against James goes on. Grace is abused by Glen. Is Kim dead?
Best Lines:
“He thinks even less of you than I do!”
“Demented little hobgoblin!” 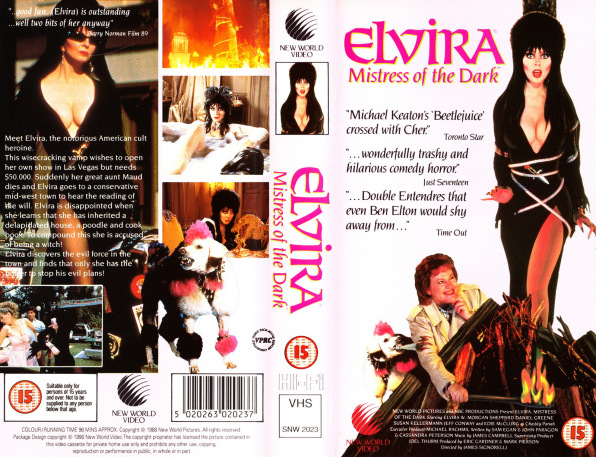