Collateral (2018) 1x01
This BBC2 drama stars John Simm and Billie Piper. A nasty looking pizza shop is overrun and a hapless deliveryman is sent out to posh voiced Billie Piper and her screaming kids. Then bleak chance sees him shot dead. The snotty cop orders the pizza shop to close cos it’s still open. Billie Piper’s character was brought up in Beirut. Why did she throw the pizza in the corner?
John Simm is her ex and he has a new woman and who is the father of Billie Piper’s baby if not him? Who owns the South London pizza shop? John Simm’s new woman is acerbic. He seems stubborn and desperate. Why did they kill the pizza delivery man? The only witness is a drug addict. Billie Piper’s character is Karen and Simm’s is David. They were married for 4 months and she’s unpleasant.
The dead man has 2 sisters living in a garage. The drug addled witness lies to the police about where she lives and what she saw. A woman strips in a toilet, so the killer was a woman who is in the army. Was the dead man the intended victim? An au pair yells at Karen who seemingly won’t get out of bed and her and David’s daughter is ignored. The girlfriend of the drug addled witness is a gay vicar. David knows them, now he also knows the drug addled witness is an illegal.
One of the dead man’s co-workers is a former bouncer who gets beaten up by friends. The pizza shop woman cares for her disabled mother. I liked this. Ben Miles and Carey Mulligan are also in this.
Best Lines:
“No one’s getting their pizza.”
“Just stay.”
“No.”
“Makes you boring.”
“There’s nothing random about it.”
“You chose this job.”
“The most robbed people in London.”
“MI5 country.”
“A k-hole.”
~
The Deep Six Affair
The Cold War was ongoing at this time but the 2 sets of beliefs that were deeply held by East and West are never acknowledged. Season 4 is not as dramatically interesting as I hoped. Solo is a flame-fanner. He and Illya aren’t different in their moral and social essence.
The reunion movie never explained why Solo quit. There is no intellectual subtlety in this ep. Illya wears another crap disguise. Sense is cheerfully ignored. There is strobe lighting. This has no serious and far-reaching weight and no atmosphere of dread. Illya has watchful stillness. Solo is thankless and does needling reproaches.
This was general mediocrity. Solo is a florid ham who is irritating and redundant. He has pretension and self importance. An English UNCLE agent plans to marry and so must quit his job. He sports a ridic English accent. TPTB created this programme that felt like an Important Cultural Event, but now the evidence suggests otherwise.
This has no dignity or sparkle. Solo has self regard. Thrush has low morals. There is a filthy river. One feels you’d get amoebic dysentery from just looking at it. This has no virtues such as story, character and voice. Why do Thrush want to be wreckers of civilization? Waverly bores. Solo has cold well manicured arrogance. Illya is sombre and intense. A red and white tabby cat is used as a distraction, it seems okay though. There are no narrative kinks or joyful exuberance.
Solo has sheer ingratitude. This was not exemplary. Solo has egotistical delusions. Thrush has no essential darkness or great malevolence. Solo tries for another implausible sexual encounter. Hippies dance. Waverly speaks as if enforcement agents are only men and then he speaks about Solo in a creepy way. This was unvaryingly terrible. The English dude’s fiancée looks like a drag queen. The English UNCLE agent turns traitor. There is no dignity or emotional appeal.
There are more betrayals. Nobody is smoothly menacing or sombre and desolate. People are slap happy. There is a hint of Solo and Illya’s cherished affection. Nobody is sensible or cautious. Why are UNCLE and Thrush in perpetual conflict? A submarine is full of flashing lights. There is no moral weight or grim satisfaction. This was not even moderately arresting or intelligent.
This was not endlessly fascinating. The acting was bad. An unseemly scrap breaks out. There is no sharp eyed wisdom. This was not crowd pleasing melodrama. The door is slammed on potential change. Illya’s final line should have been the finale to the show. But then they didn’t always have each other as Solo quit and didn’t speak to Illya for 15 years.
Best Line:
“We have each other.” 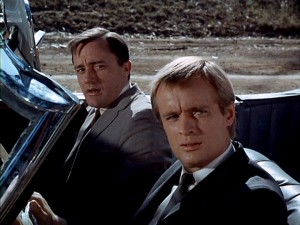 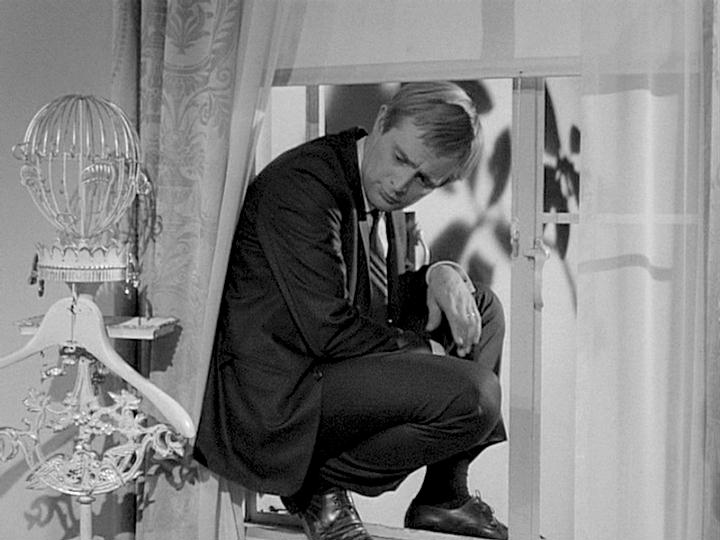 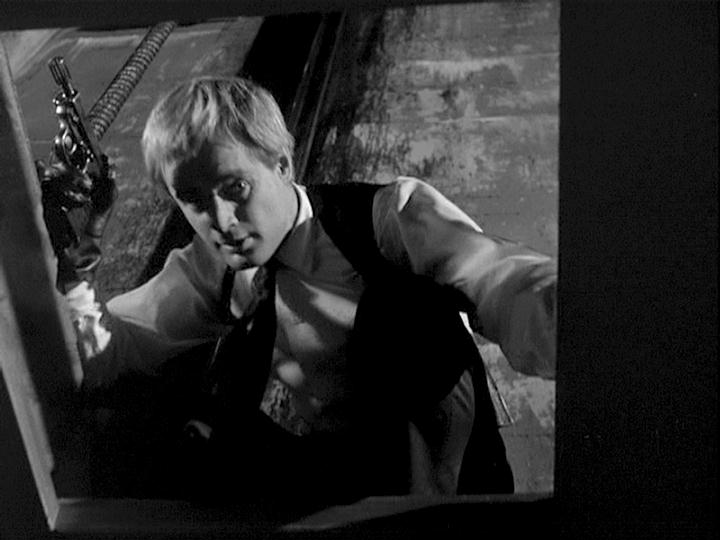 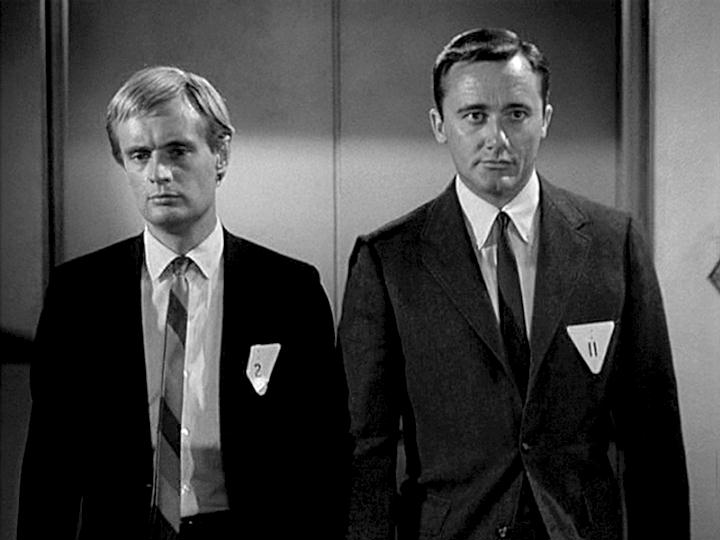 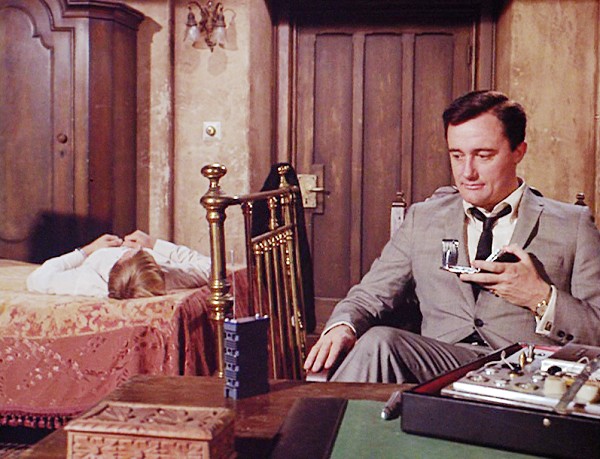 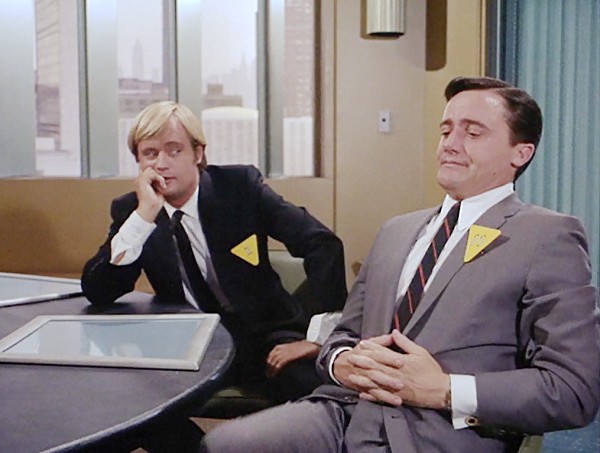 The Seven Wonders Of The World Affair, Part 1
Leslie Nielsen still in the serious dramatic actor stage of his career guest stars. This was unmerited. People speak with notes of distain. There is a UK flag in the UNCLE Hong Kong office as the handover wouldn’t happen for 29 years. The duo has steely grimaces. Another UNCLE agent has gone bad or something. People rant with unwarranted vitriol. The rogue UNCLE agent is up to no good. This does not entirely cohere into a focused account.
There is sexism and no cultivation of a sense of occasion. This was not energetic or well made. Nobody has angst ridden gravitas. The baddie has petty vindictiveness. This show is no longer a cultural cornerstone. This was overwrought. Thrush plot. Waverly mumbles about transmitting lightbeam photos. There is societal violence and people act maliciously. There is a guest star who can’t act. The VFX are bad and nothing pleased or even interested me.
Best Lines:
“How do I inject dignity into the word help?” 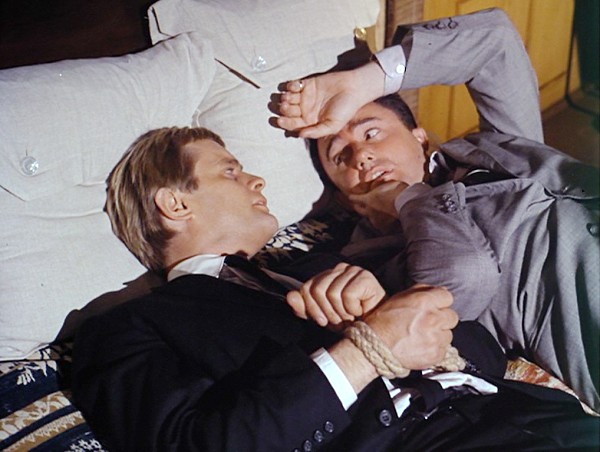 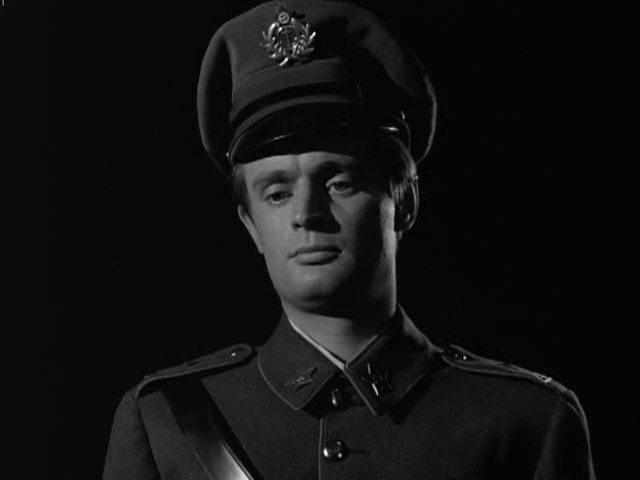 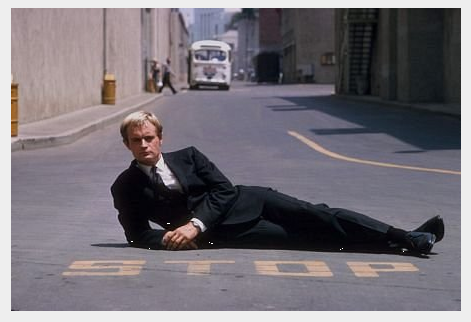 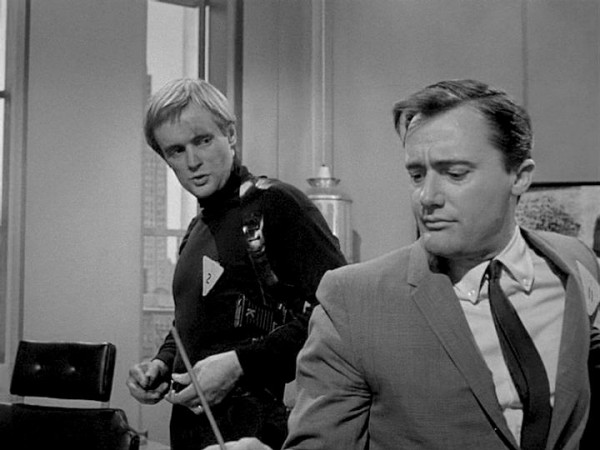 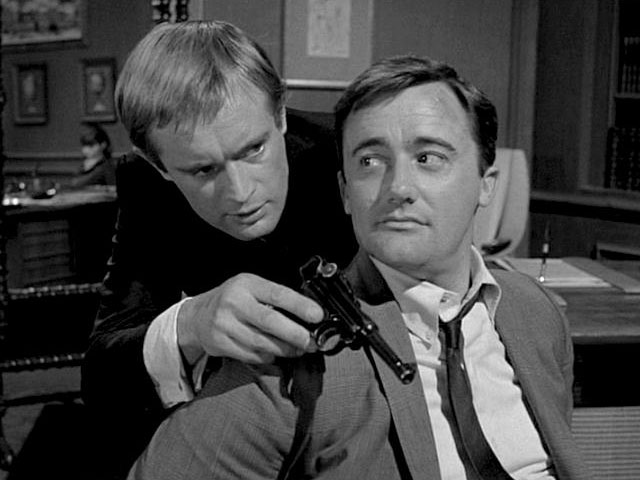 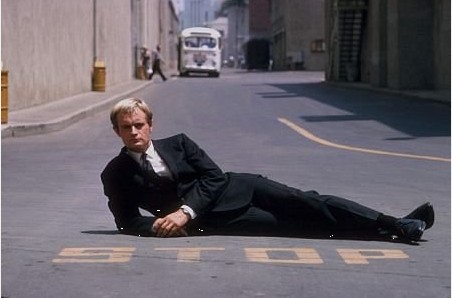