‘Bad Apples’ trailer
A teacher, creepy kids, mmm, blood, okay.
Best Line:
“Certain teaching methods.”
‘A Quiet Place’ TV spot
An attack, post apoc, silence, no shoes and dumb kids. Am interested.
‘Riverdale’ 2x14 promo
Yawn.
‘Here and Now’ promo
No.
‘The 15:17 To Paris’ TV spot
No.
‘Everything Sucks’ trailer
A Netflix show. It’s 1996 and there are nerds and bad hair. This looks yawn. There is 90s music and dial up internet noise.
Best Lines:
“What kind of fairytale world does Alanis Morissette live in?”
“Canada.”
“There isn’t a single female behind those doors.”
“I can see your car!”
“You like the idea of me.”
“Any minute now.”
“God, I love the net.”
‘Young Sheldon’ promo
No.
‘Pacific Rim Uprising’ promo
No.
‘Meerkat Manor’ opening credits
Ah the social problems one and the brave one and poor Shakespeare, they’re all gone now.
‘Jamestown’ promo
No.
‘To Trap A Spy’ (1964) promo
Wildly overblown.
‘The Spy With My Face’ (1965) promo
Overdone.
Best Lines:
“No quarter asked or given!”
“More alluring girls!”
Seville oranges - tart.
Strawberry Greek style yogurt - no.
Seville orange juice - tart.
I will review ‘Istanbul’ and ‘Game Of Queens’.
I won’t review ‘Everything You Told Me’ or ‘His Other Lover’ or ‘A Simple Favour’ or ‘The Daughter’ or ‘Anatomy of a Scandal’ or ‘The Lie Of The Land’.

Found 2 reviews of the 1983 'Deadly Lessons' TV movie that amused, they are here and here.
Who saw ‘Calendar Girls’ (2003) or ‘News Boys’ (1992) or ‘The Italian Job’ (1969) or ‘The Host’ (2006) or ‘Song For A Raggy Boy’ (2003) or ‘Kiss Of The Dragon’ (2001)?
‘Once Upon A Time’ axed.
Who recalls the ‘Get Smart’ 1995 revival?
WTF is ark energy?
RIP Reg E Cathey.
I’m on a break from ‘Hollyoaks’: they brought back Mandy (she was the one who used to scream about her father’s abuse of her) and TPTB are doing plotlines where everyone craps on James.
WTF is a fog sculpture?
I don’t think I’ve seen ‘Creature From The Black Lagoon’ (1954).
WTF are drain flies?
The Josephine collection from Chaumet is beautiful.
‘RTE News’ Quotes:
“Statement of means.”
“Even Cher’s supporting it.”
‘The Irish Times Quotes:
“One cannot accept that the measure is reasonable, necessary or wise.”
“Patriotic pageantry.”
“One single woman who knew her place.”
“The nuns will come and get ya.”
“They don’t do the things that are recommended.”
“Centre of remembrance.”
“A box that sits in the corner and makes noise.”
“Deliberately destabilise them, then use their instability as a reason to disbelieve them.”
“Who assume no one will listen to her.”
“Secrets no one wants to hear.”
“Overdetermiend by.”
“Made a difference, morally.”
“Fell in with bad company.”
“Watches television the old-fashioned way, circling “programmes” she wants to watch in TV guides. Sitting down to watch them “in real name”. Not fast-forwarding the ads.”
“Curious run-ins.”
“Grim contemporaneous warning.”
“Something chin-stroky.”
“After a certain age, any attempt to redraft one’s life was regarded as evidence of lunacy.”
“Obliterated by a reasonable desire for some alteration to comfortable circumstances.”
“Evinced no care.”
“Dark truth.”
“Created a climate of fear and suspicion.”
“Influenced by the mood of the community.”
“I completely refute everything you have just said.”
‘Sky News’ Quotes:
“Nonsense about corruption.”
“Charm offensive.”
“Not moral.”

“We have a right to associate.”
‘Great British Railroad Journeys’ Quote:
“Perpetual foreigners.”
‘The Simpsons’ Quotes:
“Shut up idiot.”
“Failure ham.”
“Okay sidekicks back in our shadows.”
“It can sense that you’re poor.”
“Tastes like seagull.”
“Polish your balls?”
“$1000 swallow.”
“Wax your alley?”
“Disrespect? Is that a word?”
‘Derry Girls’ Quotes:
“That useless drip you call a husband.”
“Shift his hole.”
“You’re ruining our statement.”
“A real life lesbian walks among us.”
‘American Housewife’ Quotes:
“House manager.”
“Man sick.”
“I admire you, how sad is that?”
“This is humiliating!”
“Good.”
“There’s an old sock next to the shrub.”
“I’m not touching that.”
“In prison, you’d be touching worse.”
‘Meerkat Manor’ Quote:
“Spit and growl calls.”
‘Dr Phil’ Quote:
“Spiritual viper.”
‘The Guardian’ Quotes:
“Institutionalised vengeance.”
“Defiantly biological.”
“The most obviously exasperating thing.”
“Anonymised.”
“Horribly personal.”
“Biological experience.”
“Women’s bodies have been used to shame them.”
“How others chose to remember him.”
“Flouted it ostentatiously.”
“Such as one was accustomed to attribute to women from the slums.”
“Plagiarising the margins.”
“People are terrible.”
“Lousy human bastards.”
‘3News’ Quotes:
“No reality to that.”
“Grievance procedures.”
‘Cold War, Hot Spies: U.N.C.L.E and The Cold War’ Quotes:
“We will bury you.”
“That long dangerous knife.”
“Thrush can try and kill you for a while.”
“You are a sly Russian.”
“Used up the mythology of the West.”
“Can’t fun that.”
‘Thor: The Dark World’ Quotes:
“I can feel the righteousness surging.”
“Have a rousing discussion about truth.”
‘FTWeekend’ Quotes:
“Relict species.”
“Some bastard stole.”
“Punished for resisting.”
“Storing his fabrics in the toilets.”
“Fans of fallen clubs inevitably live in the past,”
“Return to the methods of pre-agrochemical generations.”
“These warlord empires and people who must faithfully serve them.”
“Last place to produce them.”
“Effort can be deemed embarrassing.”
“Exciting male captainship without threat.”
“Lost their migratory urge.”
“Typicite.”
“Emotion-privileging.”
“Today’s America serves a useful function: a model for how not to run your society.” 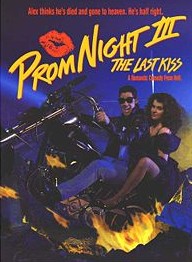 Tags: deadly lessons, house of cards, man from uncle, once upon a time, riverdale, thoughts, trailers
Subscribe
Comments for this post were disabled by the author