The Survival School Affair
In this Solo-free episode, Illya visits UNCLE’s survival school. There are no lethal geopolitical goings on just a THRUSH infiltrator. TPTB were incapable of creating an antagonist of sufficient stature to challenge or oppose the duo. Season 4 has sometimes lacked heft and resonance, but this was very good and I enjoyed it. Richard Beymer guest stars and some irritating woman spews complete bollocks and causes consternation while sporting lip liner so bad the like wouldn’t be seen again until 1997.
Illya faces a cold, calculated and merciless baddie. Illya was class of 1956. The ungracious woman babbles. One of the trainees is THRUSH. Illya does point out that this isn’t the first time that THRUSH have got into UNCLE. There is a fearful atmosphere and the head of the survival school has great depth of vitriol. He wears a hobo suit and is a buttdart. He’s intentionally insulting and overly negative. Were TPTB trying to set up another spin-off here?
The survival school head is terminally furious and does poisonous diatribes. He’s not unduly harsh. Illya does sniffy judging. There is really bad ADR, even for this show. The trainees wear black turtlenecks, so that’s where Illya got it from. The survival school head spews withering polemics and Illya has queenly calm. There is moral chaos and this was a big improvement over the inherent silliness of season 3. Season 4 is all tough action. The trainees are know alls who know very little.
The idiot woman is an idiot. A dude is made to dig his own grave with his bare hands. There is a vicious evil baddie who likes inflicting pain, suffering and misery. Illya is treated as a person of great experience and integrity. The female trainee resigns to be a woman again, no comment needed.
Best Lines:
“Moderately good at it.”
“The element of death must be constantly present.”
“Well, crawling under the guns does sharpen the reflexes.”
“You’re a respected and trusted member of Section 2.”
“Do you often take moonlight swims on lonely, deserted beaches?”
“An uncharted island 700 miles off the shipping lanes. Yeah, that’s pretty secret.” 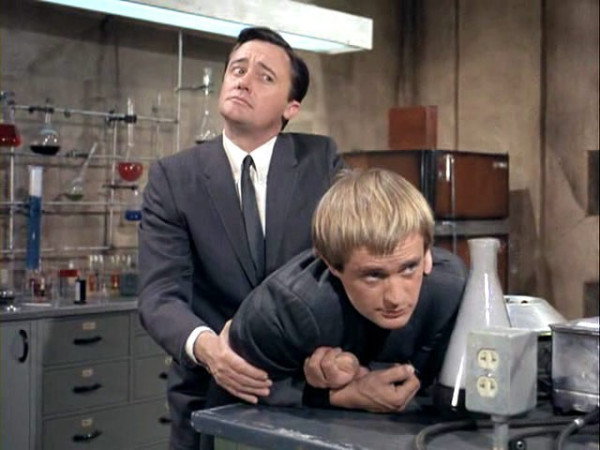 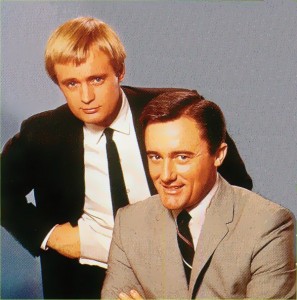 The Gurnius Affair
This episode is famous; it’s spawned massive amounts of fan-fic. Yes, I’ve read said fan-fic. An irritating woman in a checkered outfit (Judy Carne) lurks as does a Nazi who looks exactly like Illya, David McCallum shows that he can play a baddie very well.
A prison has terrible security and a downright nasty baddie escapes. Why didn’t Illya’s stunt double driver drive around the flaming road? The grass wasn’t on fire! Solo is seriously threatening. Illya uses the phrase World War II in conversation, surely as a Russian he’d say The Great Patriotic War? The innocent du jour wears yellow tights and a yellow turtleneck.
Illya speaks with a firm dispassionate voice. Solo has earnestness and hints of his past glorious dissolution. Waverly sounds bored and as if he’s reading his lines off cue cards phonetically. Illya’s hair seems different.
David McCallum does a bizarre German accent as his evil double as well as running around in a Nazi uniform in broad daylight and sporting a bad wig to boot. Illya kills his evil double and notes the double has an obvious fake scar on his face. Illya impersonates his evil double and sports an obvious fake scar of his own. You can see where it’s stuck on FFS!
Solo wears a blue nappy robe, white socks and shiny shoes as someone tries to drown him in his own bath. Luckily he is sporting a vest and big granny pants under said robe. Solo is captured and Illya has to do bad things to him. They defeat the baddies and it’s all shrugged off. This was very good and Will Kuluva was in this.
Best Lines:
“Trusted by no one.”
“His vicious aide.”
“Brainwashing waves.”
“Sprocket holes.”
“No doubt you’ve heard of my ways.”
“You don’t ever touch me.”
“Who is this man and what is his function?”
“He will stay dead for much much longer.”
“For what does he need you?” 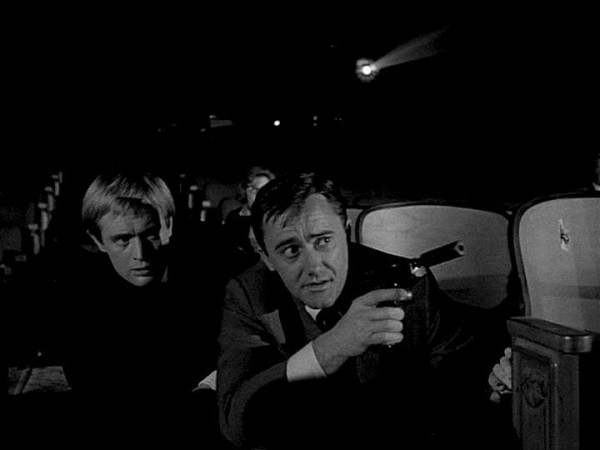 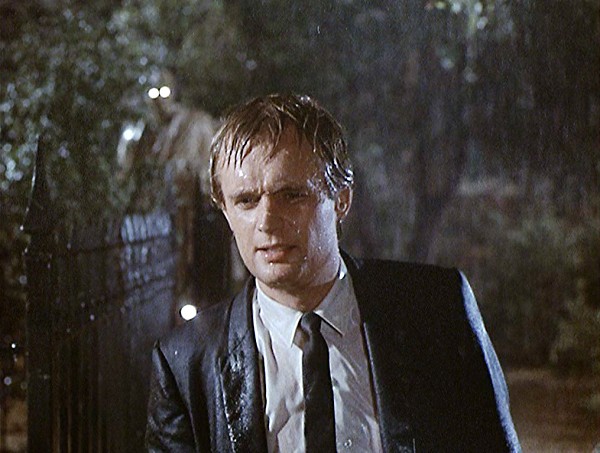 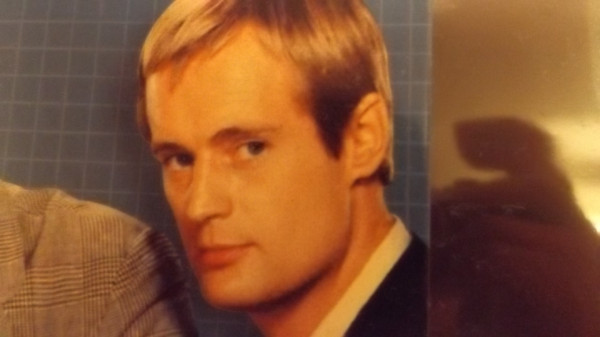