The Fandom by Anna Day
This pastiche of YA dystopian fiction starts out well but turns into an irony free calamitous mess full of male malcontents and a traitorous slut. The novel within the novel ‘The Gallows Dance’ has poor world building yet has rabid fans. Some of whom somehow end up inside the world of ‘The Gallows Dance’ and find their outsized expectations unmet.
The moron fans number among them dumb heroine Violet and her alleged bff Alice who is a slut into tactics of manipulation. There are unnecessary levels of violence, an atmosphere of fear, verbal and emotional abuse, poor treatment, rage filled outbursts and canon love interests who are ineffectual and have black holes of personalities.
Alice is sheer nastiness and is a dire friend who is not overly burdened with guilt or morals. I found this quaint and slow with no power or immediacy. Alice has a weak commitment to her friends, Violet has no salty toughness and asspull technobabble draws attention to the artifice. This lacks cohesion and Violet is shocked, shocked to learn the male menace canon love interest lacks valiant loyalty and remarkable kindness and that the dystopian hellworld is worse than ever.
The morally wavering Alice has pious certainty about herself and has no perception of her own entitlement. This doesn’t withstand the scrutiny of logic and is totally irrational. I detested the ill-intentioned, ungrateful, inconsiderate, unsupportive Alice who spews vituperation at her friends and whom is adversarial.
Best Lines:
“People fall in love quickly in dystopian chick lit.”
“Extra if you smile.”
“Think Tris, think Katniss.”
~
Last Act by Christopher Pike
This dated 1988 novel tells of a new girl in town who thinks auditioning for the school play is an amazing opportunity that will led to tentative self-renewal and a chance to have her talent recognised. The new girl doesn’t realise her new friends are reprehensible moral poison who have no reasonable responses to anything. This is a tale of high school moral degeneracy. The stage is set for murder. Are we seriously supposed to believe that even in 1988 real alcohol and a real gun would be allowed in a school play? Also if the victim realised what was going on, why didn’t she say or do something?
The heroine is an idiot and the baddie carried out an over-elaborate murder for drama’s sake. Somebody has 2 VCRs which is a major plot point. A woman using the title Ms is sneered at. The baddie is obvious but it takes everyone ages to cop on. There are exposition dumps and this was okay. There is no acceptance of consequences, extraordinary reckless cops and this was never deeply convincing.
Best Lines:
“I was at the arcade in the mall playing Centipede.”
“A moronic ex-jock.”
“Ducks were not to be trusted.”
“Getting ready to bleed,”
“And no one ever spoke to Rindy again.”
“How much my sister was hated.”
“I get a call in the middle of the night from a policeman who says my daughter’s in jail for killing someone and you ask me what’s new? Melanie, what have you done this time?”
“There wasn’t a pair of eyes not watching them.”
“There’s not a guy in Careville who’d feel safe with either of us.”
“She was trash!” 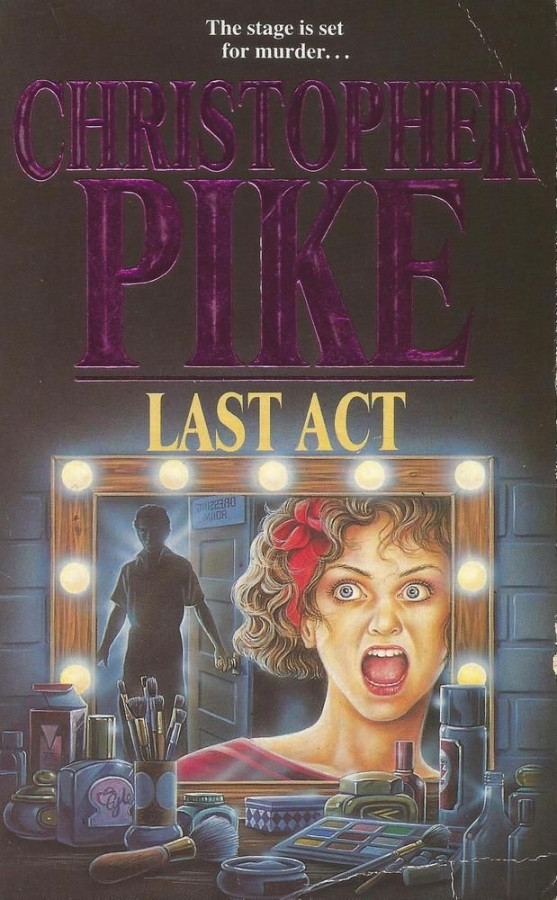 ~
The Asylum by John Harwood
From the author of ‘The Séance’ comes this tale of an innocent heiress, an evil doctor, a loony bin, a callow man and well intentioned gullibility. This was rubbish.
Best Line:
“Foolish young women will persist in wandering about strange woods at night, exposing themselves to shocks of all kinds-”
Tags: 2nd hand book store find, book review
Subscribe
Comments for this post were disabled by the author