‘Riverdale’ 2x11 promo
Archie, Betty and Jughead have issues.
Best Lines:
“Do you know what you’ve let into our house?”
“I always win.”
‘The Flash’ 4x11 promo
Barry’s in jail, oh boo hoo. Trickster 2 is back and it’s all about Ralph. There is ugly dress sense and Ralph is bigged up.
‘Feud’ promo
Ha.
‘Nowhere Boys’ promo
So much inept acting.
‘12 Strong’ TV spot
No.
‘Heathers’ trailer
The outsiders are the Heathers now. Veronica and JD team up and TPTB don’t seem to understand the source material. Red Heather’s death seems very similar to the movie and a familiar face pops up. Mmmm.
Best Lines:
“Your domestic terrorist boyfriend.”
“He’s a teenage Charles Manson.”
Raspberry, cranberry & orange dark choc buttons - good.
White chocolate with pistachios - yum.
I want to see ‘Mom and Dad’, ‘Victor Crowley’, ‘Population Zero’ and ‘Tragedy Girls’.
Jonty from ‘Trinity’ was played by Tom Hughes who is now in ‘Victoria’ and who was in ‘The Game’! 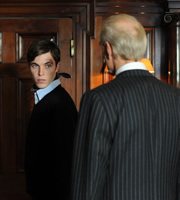 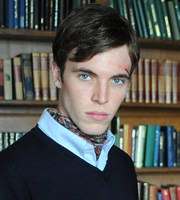 I’ll review ‘Bastard Prince’ and ‘Ghost Ocean’.
I won’t read ‘A Girl Like That’, ‘Witchborn‘, ‘Truly Devious’, ‘This Darkness Mine’, ‘Unearthed’, ‘Terror Tales Of East Anglia’ or ‘Did You See Melody?’.
A theatre where I saw a memorable production of ‘Othello’ has closed.
Anyone see ‘Jabberwocky’ or ‘Shadowlands’ or ‘Gothic’ or ‘Hard Eight’ (1996) or ‘Boogie Nights’ (1997)?
Anyone recall ‘Paradox’?
I’d try Kale, blue cheese, pecan and maple syrup tart.
‘Home and Away’ debuted in 1988. Original Pippa (Vanessa Downing) and original Roo were the best.
Matt Smith is to play Manson?
‘The Irish Times’ Quotes:
“Ready for fame.”
“Usury.”
“Tax residency.”
“Luring men to their downfall.”
“Behaved without conscience.”
“Loose morals.”
“Capable of anything.”
“Strip her character.”
“She had got above herself.”
“De Valera’s Ireland was finally passing into history.”
“Signifiers of who and what we are.”
“Formative act of dissent.”
“Public criticism can be self-reinforcing.”
“Clarity crime.”
“Lived with little change through continents colliding, oceans opening and closing, and the extinction of the dinosaurs.”
“Deep surfing.”
“Under-mentioning.”
“Not a child in the house washed.”
“Stupid bogtrotters bemused at encountering street lighting and running water.”
“Road frontage.”
“Future-proofing.”
“Milkshake duck.”
“Of questionable taste.”
“Thought it would be fun to fake his own murder.”
“Socially constructed.”
“Missteps.”
“Sneering condescension.”
“Exhaustive advocacy.”
‘Derry Girls’ Quotes:
“There’s quite a lot of caffeine in those Claire. How many of them have you had?”
“I don’t know? 5? 23?”
“How can you cheat at Bingo?”
“You can’t ring Childline every time your ma threatens to kill ya.”
“They said we could make page 5!”
“Dirty tramp.”
‘Sky News’ Quotes:
“Human depravity.”
“Link road.”
‘Neighbours’ Quotes:
“With baby.”
“Would flirt with a pot plant.”
“Gasbagging to customers.”
‘Irish Independent’ Quotes:
“Others spat at their door.”
“Her morality questioned.”
“Didn’t appear to be any record of good things being said.”
“Address the credibility and motivation.”
“A fair number of fruitcakes and eccentrics have occupied the august office.”
“Regarded the modern world as something to be ignored or viewed with fear and suspicion.”
“Fundamentally decent souls.”
‘Nationwide’ Quote:
“Awfulness of the times.”
‘The Simpsons’ Quotes:
“Those pearly gates look a lot like teeth!”
“So disgusting, you’ll watch ‘Game Of Thrones’ to calm down.”
‘Modern Family’ Quotes:
“I’m taking photos of your feet for perverts.”
“Feet freaks.”
“Confronting the devil in all his forms.”
‘Room 101’ Quote:
“Out mistaked him.”
‘FTWeekend’ Quotes:
“Purposeful practice.”
“Untouched by human intervention.”
“Frustrated embarrassment.”
“Penurious.”
“Empty braggart.”
“Without prospects.”
“Swaggering disaster.”
“A certain kind of film (aimed at adults, non-franchisable) too risky for Hollywood.”
“In drawing rooms or rooms of state, murmuring or embodying corruption.”
“Axiomatic.”
“Once got a bottle of urine poured over him as he walked on stage.”
“Driving a killing machine.”
“Stare into those wide, guileless eyes for an aeon without detecting remorse.”
“Sued out of existence.”
‘Poirot’ Quotes:
“We’re an odious family.”
“Girls don’t inherit.”
‘Ghost Ocean’ Quote:
“An ascetic with a two-bedroom house in the country? Of course he came to a bad end.”
Tags: feud, flash, game of thrones, poirot, riverdale, the game, thoughts, trailers, trinity
Subscribe
Comments for this post were disabled by the author