Abandoned!
Joan rants about how she broke in shaking her fringe in nightclubs as she bullied on the set of ‘Hush, Hush, Sweet Charlotte’ by Bette Davis. Poor Joan is abandoned all alone in a remote area by the cast and crew. BD marries. Aldrich bullies Joan. Nobody is motivated by concern for Joan. Bette’s work as a producer consists of bullying Joan off the movie. Pauline makes speeches, she didn’t exist. Joan is fired and her career is over as Bette’s campaign to cultivate hatred succeeds. This was all pettiness.
Best Line:
“My brave attack on the scene.”
“I played Elizabeth I! Twice!”
“You want my attention. Now you have it.”
“Back to making crap TV.”
“Feigning interest.”
“She played Scarlett O’Hara.”
“Unconvincingly.”
“I’m trapped in a small private elevator!”
~
You Mean All This Time We Could Have Been Friends?
Joan is adverse to change. Dental work Joan had done in her 20s is affecting her health. Joan does a movie called ‘Trog’. Joan is unconcerned with dignity and becomes a recluse. Bette does 8 failed TV pilots. BD accuses her mother of beating her and her grandchildren. Bette dresses like Diane Keaton and is told she is a drunk. Faye Dunaway is mocked and there is no mention of Bette doing ‘Death On The Nile’. Nobody has the utmost concern for Joan. People are mean and dishonest and Bette casts her judgmental gaze over the 70s. Joan gets a microwave and learns of Christina writing ‘Mommie Dearest’. Joan has agitation and dies. This was rather less than endearing. Joan is forgotten. This was not a good ending.
Best Lines:
“If you can’t control your cleavage, your perfume, your walk and your eyelashes - you better stay out of the business”
“Locations used to come to me.”
“50 years in showbuisness and they give her 2 seconds?”
~
The Durrells 2x06
This has nice opening credits. Margo dates a Turk. Where did Larry get a new typewriter? There is no defiance, wisdom or purpose. There is no weary concern and the mother obsesses over a boyfriend who didn’t exist. The mother fancies Spiro? Oh come on! There is lots of giving birth including by otters. Larry annoys and there is a stabbing.
Best Lines:
“Perhaps the baby should leave.”
“Nearly die in an olive grove.”
“Your house is always a tip.”
“She-devil girlfriend.”
“Your husband must be thrilled.”
“No.”
“Crap oracle.”
“You couldn’t pick a worse boyfriend if you scoured the world’s prisons.”
“Miserable bastard.”
“Don’t go to Malta.”
~
The Napoleon’s Tomb Affair
Illya pretends to be a bellboy. Some dictator shows up and French people have posed hauteur. Everyone has alarming deficiencies in their character and judgment. One guest star really looks like Harvey Keitel. Solo pervs. There is brownface in this grating and excruciating ep. Ted Cassidy lurks. I’ve no genuine hope that season 3 will improve. There is bad VFX and a red wine barrel that appears to be full of water. There is stalking and Solo’s shower blows up. Illya falls over. There are fistfights and a 1960s tablescape. This was terrible.
Best Lines:
“Who is this bombastic oaf?”
“Are you all drunk?”
“Journalists of the gutter.”
“It is getting monotonous, isn’t it?”
“Insolent oaf.” 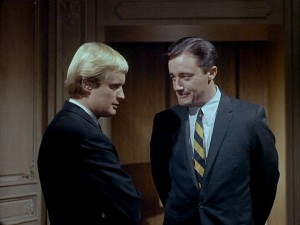 The It’s All Greek To Me Affair
There is bad VFX and a guy who looks like Robert Davi. There is bad acting and unique joylessness and one is largely uninterested. This was no impish genius. Everyone is a complete idiot. This ep and this season is all ignominy. I was largely uninterested in the ridiculous plot. An old man rants about himself in the third person. This was pestilential. There is shouting and this was incessantly annoying. One is incapable of caring about this and the obligatory fistfight.
Best Lines:
“The wives might get ideas.”
“Wife thief!” 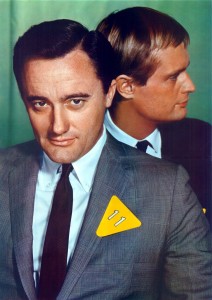 The Hula Doll Affair
Illya does a move in the obligatory fistfight that would make Olga Korbut jealous. UNCLE is incompetent again. Brothers feud. Thrush wear silly badges in their HQ which is full of orange shag carpets and faux wood panelling. There are pun names, bad acting and morons. This makes no sense. There is an evil hag mother. This was okish.
Best Lines:
“I found it necessary to swallow the key.”
“A pair of nitwits.”
“Mouth enough for a glee club.” 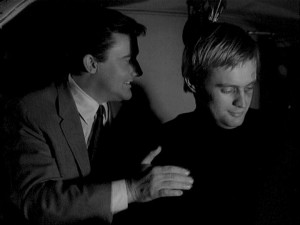 ~
Hard Sun (2018) 1x01
There is a hacker, a flash drive, exposition and an investigation in this terrible BBC1 drama. There is violence, someone falling off a high-rise, people mumble about Hard Sun and a female copper is nearly murdered by her son. People have ambiguous purposes and are utterly sure of their own rightness. This was thick with portents. There is no cool rationality and seems vile and awful. There are fistfights. This was an unsought for TV show. A seething git cop tries to cultivate a personality and hates his female co-worker. There is no slow building sense of dread just hitmen, a car chase, blackmail, cheating and the coppers learn that in 5 years an extinction level event with wipe out humanity. This potentially fascinating show was unfailingly counter-productive and deserves a special place of loathing.
Best Line:
“Megadeath.”
Tags: feud, man from uncle, review
Subscribe
Comments for this post were disabled by the author