Pilot
This stars Susan Sarandon, Jessica Lange, Judy Davis, Kathy Bates, Alfred Molina, Stanley Tucci, Catherine Zeta-Jones, Reed Diamond, Mark Valley and Kiernan Shipka. It tells the story of the legendary feud between Bette Davis and Joan Crawford. Joan is making a comeback after a 3 year absence from the silver screen. She needs constant care and attention but does not face a favourable climate. Meanwhile Bette Davis has a resentment of her ex-husband and daughter’s needs and when offered a role in Joan’s comeback vehicle, she decides on a visually striking show stealing make-up job.
Joan (Lange) and Bette (Sarandon) make innumerable digs at each other. Bette has shallow charm and a vastly over-inflated sense of importance. Vile gossip columnist Hedda Hopper is unfreighted by conscience or remorse and has hideous, supercilious self-justification and a devotion to an invented ideal of Hollywood’s former greatness. Hedda (Davis) worships this mythic universe and hates the inevitability of change and so is a malign presiding influence over la-la land and loves the thrill of retribution.
Joan is described as a great movie star and Bette as a great actress. They only ever made one film: ‘Whatever Happened To Baby Jane?’. It is 1961 and Marilyn Monroe is the it girl du jour. Joan found her own project by sending her trusted maid to buy massive amounts of books. Joan gets a director (Molina). Jack Warner (Tucci) is sexist. Bette swears, drinks and harangues her daughter BD (Shipka). This was okay.
Best Lines:
“They’re about pain.”
“Her unemployment is my long simmering revenge.”
“Anything with ladies on the cover.”
“Announce me.”
“Yesterday’s it girl.”
“Marilyn Monroe and the vulgarity of her clothing and pictures.”
“With good morals.”
“I can’t play Elvis’ grandmother!”
“An honour to prune Miss Crawford’s bush.”
“Another guest shot on ‘Wagon Train’?”
“My no good father who ran off with a stripper.”
“Welcome to the house that fear built.”
“Sandal saga.”
The Other Woman
Bette and Joan’s attempts at rapprochement are foiled by the studio who want the publicity of their bad blood. Joan wanted dignity and Bette complains and speaks in a very weird way. Joan self-sabotages. Hedda rants and blackmails. Bette is insecure. This was okay.
Best Lines:
“The slattern and shopgirl roles.”
“I gave you your career back.”
“Early tawdry years.”
“Play the shopgirls and the slatterns.”
“What a dump.”
“Explain? To you?”
“That incontinent cow!”
~
Irreconcilable Differences
Thea has recovered from her coma pretty fast. There are endless scenes about Felicity and Oliver’s wedding and how much they love each other. So much for Oliver’s love for Laurel, Sara, McKenna and Huntress. There is slo-mo soft focus and people shrug off Oliver and Felicity’s glibness and the script is curiously insistent on their great love. Curtis recalls Paul the husband he ditched and dismissed.
Why does Oliver have friends considering the appalling way in which he treats them? This show is a glorification of the objectionable Felicity. Lance fawns over Oliver in WTF fashion. Felicity’s dad lurks and everyone overlooks that he is a wanted criminal. Oliver learns that someone on the team will testify against him. Oliver has widespread consternation at being made to pay for his multiple murders. Oliver rants about betrayal and how he should never have trusted the newbies.
Artemis is mentioned. Diggle tells Oliver and Felicity not to spy on Curtis, Dinah and Rene. Oliver is dangerous, hostile, perpetually angry, glowering and embittered. Curtis is eminently forgettable and forgets that he drove Paul away. Oliver forgets that it is because of him that Tommy died. Dinah and Vigilante have purposeless scenes. Oliver views his team in a nefarious light. Black Siren shows up and she beats up Thea and kidnaps Lance. Black Siren is a stick. Cayden James ignores Oliver’s growling.
ARGUS is air-gapped. Oliver shuns Dinah. Oliver suddenly cares about his son. Oliver rants about not trusting Dinah. Diggle doubts Dinah but learns Rene is the snitch. TPTB coerce characters into various situations. Cayden James is a scheming enigma. Oliver is a jackass. Why is Black Siren blonde? Black Siren reveals her dad died.
Oliver goes on about broken trust and throws Rene off the team, twice. Dinah and her lip fillers quits. Rene has his brat back. Curtis quits. Cayden Jams planted a minicam in the lair and he leads a team of evil that includes Black Siren, Ricardo Diaz, Anatoly and Vigilante. Felicity is smug, Oliver is unwaveringly consistent in being a jackass and did Black Siren play Lance? This was okay.
Best Lines:
“I don’t do DJs.”
“All that matters to Oliver, at least.”
“Evil Laurel.”
“No good reasons.”
“I’m not wearing your puke.”
~
The Thor Affair
There is bad stock footage and a politician has gone on hunger strike to end world strife. The duo seem to have a low level of understanding of the requirements of their role. There is slo-mo, bad manners and was the cat okay? The duo are in peril and then they are not and the peril is never explained or referred to again. This is not heightened reality jus a needless distraction. Nobody is genuinely menacing. A bad guy crushes a walnut.
Solo pervs over the innocent du jour. There is another cat and the innocent says she hears voices via her molar. The innocent is manhandled. Bad guys plot. This was not exciting or thought provoking. Killer toys attack. Is the second cat okay? Waverly is a cheapskate. The big guy is Dr Bombay from ‘Bewitched’!
Best Lines:
“I’ve read about your type, just never met one.”
“Essence of cat.”
“If you saw three seedy-looking characters standing on the road. Would you pick them up?” 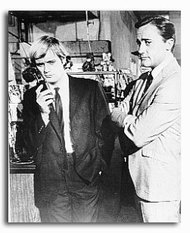 The Candidate’s Wife Affair
A candidate for POTUS (Richard Anderson) has his wife replaced by a double. Solo is inept. Another woman is menaced. There are Kennedy jokes. Illya is in peril. Characters are gormless sods. There is sexism and a dramatic door slam. WTF is the point of all this other than Solo being a perv? This was okay.
Best Line:
“Napoleon really, don’t you ever turn it off?” 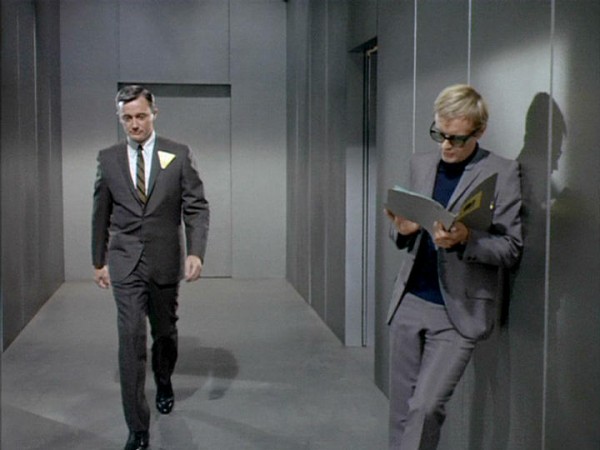 The Come With Me To The Casbah Affair
There are fezs, idiots, a weird attitude to women, sinister Arabs and belly dancers. This was okay.
Best Lines:
“Rattle the beads at least.”
“No wonder you prefer the blonde one.”
“We could go to Beirut. Oh darling, life there is so bright, so gay.” 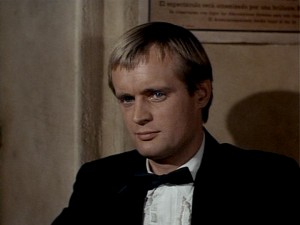 The Off-Broadway Affair
This was pretentiously obtuse. There is singing and dancing in a terrible play. Solo mocks Illya for being a foreigner. Shari Lewis guest stars. This was graphically stupid and unarguably awful. Waverly talks about a tap on the UNCLE computer. This was badly lit with comedy fights. Illya plays the horn apparently and does weird avant-guard ‘singing’. They’re incompetent and this annoyed. People have killing intent and there are no logical conclusions. Solo is a perv and the play is a success.
Best Lines:
“It swings downhill with all the pace and deftness of an Alpine glacier.”
“Fascist!”
“Here’s our illustrious producer Mr David X Machina.”
“A very bad hoodlum element.” 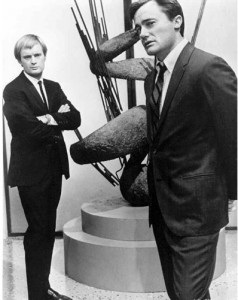 The Concrete Overcoat Affair, part 1
Jack Palance and Janet Leigh guest star as THRUSH psychos who plot with a Nazi to divert the Gulf Stream. Illya lies in a meadow. The duo face murderous hostility and there is no logical clarity. Solo is nearly forced into a shotgun wedding again TWICE in this ep. Elderly mobsters run around. Solo and Illya are slapped and menaced by geriatrics. This was objectionable. Janet Leigh bothers Illya.
Best Line:
“Your playmate Solo.” 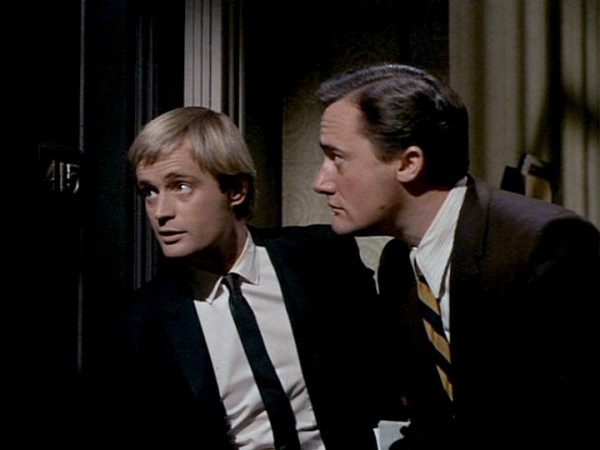