In the 1990s there began a media obsession with Amy Fisher who became the subject of 3 TV movies. In 1992 17 year old mall rat Amy Fisher attacked the wife of her much older lover Joey. Cue revulsion and titillation (and an added sex scene for the VHS version of this film). As well as the married Joey Buttafuco, Amy hung around sleazy gym trainer Paul who turned out to be yet another swaggering exploitive thug. This was a pre-internet sordid tale of sex, violence, motel hook ups, herpes and prostitution.
Buttafuco denied the affair, then admitted it, was never shamed despite a jail term for his affair with the underage Fisher and capitalised on his wife’s attack to gain fame. They are now divorced. Why Fisher fell for this unremarkable schlub is never explained. Fisher’s parents curiously opt to do nothing, there are unsavoury hints about her father but nothing is ever stated clearly.
Fisher ignores her parents, a reporter (Harley Jane Kozak) moralises, Fisher trashed her car a lot so she could hang out with auto-mechanic Buttafuco and wore trashy clothes. Fisher was nick-named the Long Island Lolita, went to jail and upon release went into porn and reality TV. Fisher was manipulated and ill-fated. This TV movie starring Drew Barrymore as Amy was spectacularly unnuanced. It tries for solemnity and social criticism and fails. It is especially unpleasant yet manages to be the best of the 3 TV movies about Fisher.
17 year old Fisher was scurrilous, insolent and hubristic who over and over and over and over again settled for the inept fumblings of creepy older men. She had an uncaring attitude and a way of reacting violently to things and many personal moral failings. This TV movie has staidness, ugly early 90s dress sense and doesn’t answer the question of who was the demonic instigator of the attack plot. This repellent tale is curiously mesmeric even if nobody has a reflective moment. Today the public shaming of Fisher goes on; I guess she never had any revelatory insight.
Best Line:
“Tell her to take a bite for me!” 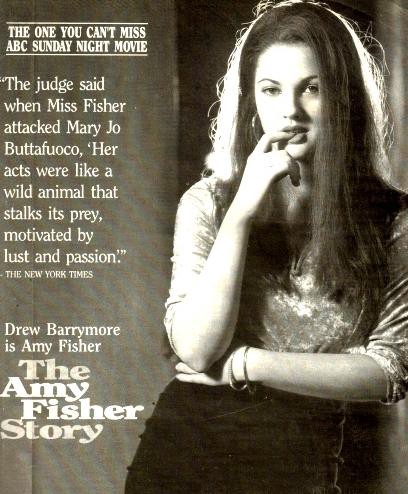 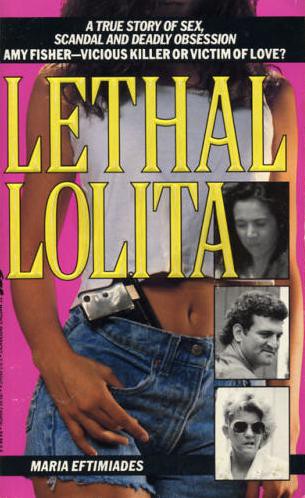